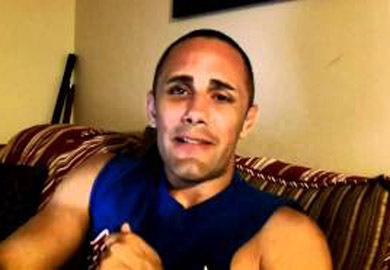 It seems a month doesn’t go by where we don’t hear of at least one positive test for banned substances in Mixed Martial Arts. Lots of different opinions on what needs to be done to clean the sport up float around but not much gets done in the way of change to the current norms. Some say that better testing is the key to stopping PED use in the sport. Experts on the subject like Victor Conte have criticized current testing saying that they are more of an IQ test rather than a test to catch cheaters. Another opinion circulating is that if penalties for offenders were harsher that it would curve the willingness for fighters to risk suspension or a lifetime band. Finally a small portion of the peanut gallery is of the mind, “let all those brutes take anything they want”. Throw in the current state of TRT which is not helping bring any clarity to a subject more controversial than wrestling being ousted from the Olympics and the PED problem in Mixed Martial Arts is in dire need of being addressed.

First I’d like to give my opinion on TRT; even as a fighter who could benefit from TRT, on the wrong side of thirty, who got into combat sports at a relatively late age, I do not agree with it. It gives fighters in their late thirties and early forties a huge advantage over younger fighters. Now not only do these more mature fighters have a wealth of experiences in fight preparation, fights and number of repetitions put in during years of training but they are operating with the same vitality as someone half their age while on TRT. As a maturing fighter you know that as pure physical ability starts to diminish the ability to be able to call upon a wealth of knowledge becomes increasingly more important. Now in the case of a fighter like Vitor Belfort who has over a decade of UFC experience, has had a black belt for longer than most 20 year olds have been training and now add the fact that he is allowed to enhance his training so that he can function like a 18 year old, how is that fair? It totally takes away the factors that would make the fight even between that type of fighter and a fighter in their early twenties. If someone mentions the Jones fight to me Ill scream because really how many of those types of fighters are walking the earth.

As for what can be done, let’s start by eliminating TRT. To me TRT is the people in charge saying, you can juice just don’t juice to much. As far as testing, labs are always going to be one step ahead of testing but more surprise testing like the one that caught the Reem after he just so happened to have seen a doctor that injected him with a substance that made him piss hot. Penalties need to be the most severe of any professional sport, due to the nature of the sport. One failed test 2 year band, the next life time band, period end of story; that more than anything would scare fighters straight. I’m not going to touch on the idea of just letting roids fly and having mutants in a cage, I think that’s an asinine way of thinking and would create more problems than it would solve.

All the talk about PEDs lately reminded me about a funny personal story on the subject. I’m going to leave out names because I’m not trying to pull a Jose Canseco.

Years back I was fighting out of the country and I was being flown in on the day of the weigh- ins, while my coach and a teammate were flown in the day before. This by the way is never a good idea; note to young fighters, especially for international fights get flown in at least the day before weigh-ins. Anyhow I digress, I was flown in the day of weigh-ins and my flights had been delayed so I had to step on it as soon as I landed to cut 5lbs and make weigh-ins on time. Fortunately, the sauna for weight cuts was blocks away from the hotel I was staying in. I had one hour to cut my five pounds and make the shuttle on time to get to weigh-ins. As I checked into the hotel I was informed that my teammate and coach were at the sauna so I did not expect them in the room, all the fighters were at the sauna for that matter. I check into the hotel and head up to the room and when I get there a few things seemed a little odd. First, laying on the bed was a cowboy hat, I had never known Marcos Avellan or my teammate to wear a cowboy hat . I figured maybe he was trying to get into the Tex-Mex thing, when in Rome and all. But then I saw cowboy boots on the floor and I was saying to myself Master Marcos is really going all out! So when I open up the drawers to put my clothes away I basically find a pharmacy of roids and a wallet. I look at the ID in the wallet and it happens to be my opponents. The front desk sent me to the wrong room. I told my coach and did not tell anyone from the promotion until after the fight , which I won.

I’m not under some illusion that PED’s will ever be totally eliminated from the sport but something needs to be done about the current state of ramped juicing that the sport is currently in.