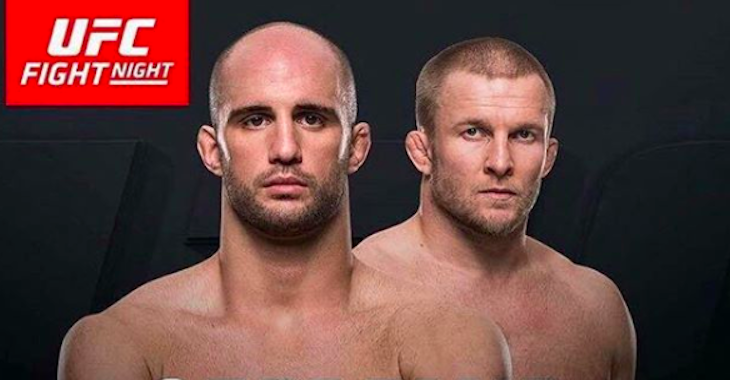 On May 28, the UFC will touch down in beautiful Stockholm, Sweden with an exciting night of fights. In the evening’s co-main event, rapidly  rising light heavyweight contenders Volkan Oezdemir and Misha Cirkunov will collide in a bout that has title implications written all over it.

In advance of this fight, Oezdemir joined host Kinch on BJ Penn Radio to discuss Cirkunov, and the challenges he presents as an opponent.

Oezdemir then touched on Cirkunov’s incredible grappling skill, which has helped him submit three of his four UFC opponents thus far.

“I’ve been working a lot on my ground game,” he said. “Even though we are both complete fighters, we fight in every dimension, we train in every dimension, at the end of the day we’re going to go to our bases, our fundamentals. That’s grappling for him, and it’s going to be my striking.”

“I’ve been working on everything,” he continued. “You need to keep your weapons sharp.”

While Cirkunov is known for his grappling, Oezdemir believes one of his most dangerous traits is his intelligence.

“Misha is a really smart guy,” he said. “He’s somebody that watches a lot of fights and thinks a lot. So he’s going to study me a lot.”

“I don’t need a game plan, I’m just going to go with the flow and fight my game, and he’s going to fight his game,” he said. “I know what I want to do against him and how to defend against his stuff. That’s it. I don’t need anything more. I know I’m going to win the fight because I have a tough mentality. I don’t give up, and that’s what’s going to bring me the victory.”