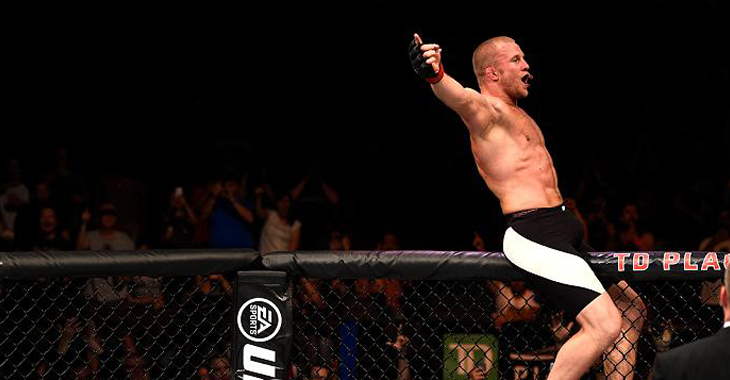 Not all that long ago, it looked like Misha Cirkunov’s days in the UFC were over. Considering he’s arguably the hottest prospect in the light heavyweight division today, this possibility was undeniably unfortunate. Thankfully, Cirkunov and the UFC were able to squash their differences and iron out the details of a new contract.

We now know who Cirkunov will be taking on in the first fight of this new contract. On Monday morning, the promotion announced that the Latvian-Canadian destroyer will be taking on Switzerland’s Volkan Oezdemir. The two light heavyweights will meet in beautiful Stockholm, Sweden on Sunday, May 28.

Cirkunov will enter this fight having recently burst into the light heavyweight top-15 with a first-round submission of the highly-regarded Nikita Krylov, who has unfortunately cut ties with the UFC. Prior to this breakthrough win, Cirkunov scored submission wins over Ion Cutelaba and Alex Nicholson, and a first-round knockout over Daniel Jolly in his UFC debut. He’s currently 13-2 in sum, with his last loss occurring in March of 2012.

Oezdemir, meanwhile, made his debut with the UFC back in December, stepping up on short notice to replace the injured Jan Blachowicz against Ovince St. Preux, and ultimately walking away with a controversial split decision win. Currently 13-1 overall, Oezdemir’s lone loss occurred in 2014, when he was submitted by Kelly Anundson in the Bellator MMA cage.

The UFC’s return to Stockholm will be headlined by another light heavyweight bout between Brazil’s Glover Teixeira and Sweden’s own Alexander Gustafsson. The two light heavyweight contenders were briefly scheduled to meet back in 2015 in Berlin, Germany. Unfortunately, this fight fell apart when Gustafsson was forced out of the bout with an injury.

Who do you think comes out on top in this newly announced Misha Cirkunov vs. Volkan Oezdemir light heavyweight showdown? Sound off, PENN Nation!