Veronica “V-Rod” LoCurto is back in the shop and with the recent events in Women’s MMA we have plenty to talk about. We are going to talk the upcoming season of The Ultimate Fighter, having women and men on this season, and if a female from outside the organization is good enough to get a contract. You know we have to talk about Fallon Fox and the upcoming CFA tournament and no one but V-Rod would be better to handle this situation. Did I forget to mention that Invicta FC has a stacked card coming up, I hope you are all ready for a solid half hour of the hottest WMMA topics to be covered by one of the best in the sport. Tune in on Sunday and follow Veronica on Twitter @vr0d 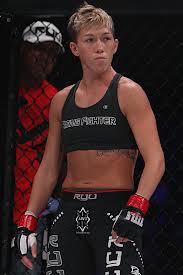 Opening up the second hour of show 183 is a woman known as Lights Out and did I mention that she is also a first in the sport with her sister. We have one half of the first set of twins to compete in MMA and it’s Jocelyn Lybarger. We have so much to talk about with Jocelyn; from how her and Jillian got started in the sport, training at the MMA Lab, her upcoming fight for King of the Cage Saturday May 25th, and of course the recent support of Ronda Rousey for both twins to be placed on the upcoming Invicta FC card. Jocelyn is set to try out for the upcoming season of The Ultimate Fighter so you know that we will of course talk her getting ready and the possibility of her and her sister both making the show. Make sure to get over to Twitter and follow Jocelyn @mmajocelyn 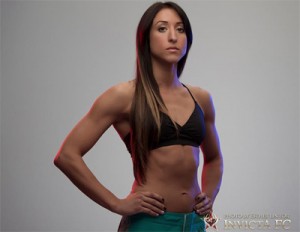 The only way to end a show like this would be to have the reigning Invicta FC Atomweight Champ, Jessica Penne. Jessica is set to take on Michelle Waterson at Invicta FC 5 on April 5th. We are going to talk to Jessica about the upcoming match up, finishing her last three opponents, and of course how it feels to be back inside the Invicta FC cage as this will be Jessica’s third fight for the promotion. With all of the topics currently surrounding Women’s MMA we will get Jessica’s opinion on as much as we can with the remaining time. Before the show starts get over to Twitter and follow Jessica @JessicaPenne