Steven Peterson is happy he beat Chase Hooper at UFC 263 but he did want the finish.

“I wanted to get the finish, that is the goal, that is always the goal. There are always the would’ve, could’ve, should’ve moments in the fight,” Peterson said to BJPENN.com. “I do think I could’ve got the finish if I did some things slightly different like that heel hook I had, there was one minor adjustment I missed and if I did it, it would’ve been tight. I did think about going for broke in the third round but I was more conservative as I knew he would be tough to get out of there. There was one moment where I did hurt him but I knew I just had to play the right fight. It was a performance more than a fight.”

Although Peterson got the win, “Ocho” did miss weight coming in 2.5 pounds heavy. It was the first time he missed weight. Peterson says it was due to the fact he changed the way he cut weight and just stopped sweating.

Peterson also knows this is a one-off time as he says he will never miss weight again. 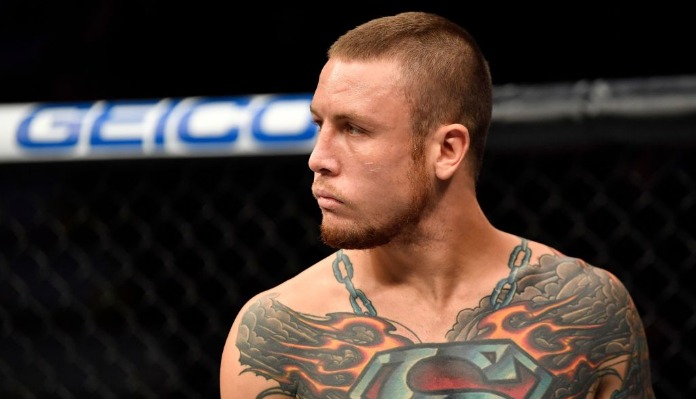 “The weight cut was something as it was a while since I did that. For the weight cut, I wanted to try something different. I sleep like shit the night of weigh-ins,” Peterson said. “I cut most of the weight the night before and maybe get a wink of sleep and wake up early and cut the last pound or two. This time, I put it off until the morning as it was a calculated move as I wanted to sleep better and I was actually lower than what I normally was. I went to sleep and as I started to cut, I just stopped sweating. It was a miscalculation and it was a one-off and I will go back to what I usually do next time.”

Now, after the win, the hope for Steven Peterson is to return very soon. This fight was his first since September 2019 as he was sidelined with injuries. The plan is to return in August and wants to face Nate Landwehr next time out.

“I want to get back in there in two or three months. I want to get back in there in August. Right now, it’s about getting the right opportunity and getting a good camp. But, if a good opportunity comes up on short notice I’d take it. I want to put together a good winning streak and make a run and prove I belong at the top… I want loudmouth Nate Landwehr. A lot of fans liked that idea and I want to shut that kid up and it’s a great matchup and would be a banger for the fans.”

What did you make of Steven Peterson’s win over Chase Hooper?