Raphael Assuncao believes his UFC 250 co-main event fight against Cody Garbrandt could very well have title implications on the line.

Assuncao is currently on a two-fight losing streak while Garbrandt is on a three-fight skid. Yet, both are still ranked in the top-10, with Assuncao at five.

So, the Brazilian contender knows this fight is crucial for him to get back to the top of the division. It is also a fight Assuncao has wanted for quite some time.

“We had been waiting for this guy for a while now. I’ve wanted him for a long time. Our styles match up really well. To be honest with you, we were never buddies. Our personalities don’t mesh,” Assuncao said to BJPENN.com. “As far as a professional, our way of thinking and the way we carry ourselves don’t match. On top of that, he’s one of the best and I want to fight one of the best.”

When this fight was announced, many were surprised Garbrandt had taken the scrap. The former champ desperately needs a win while Assuncao is a tough out. 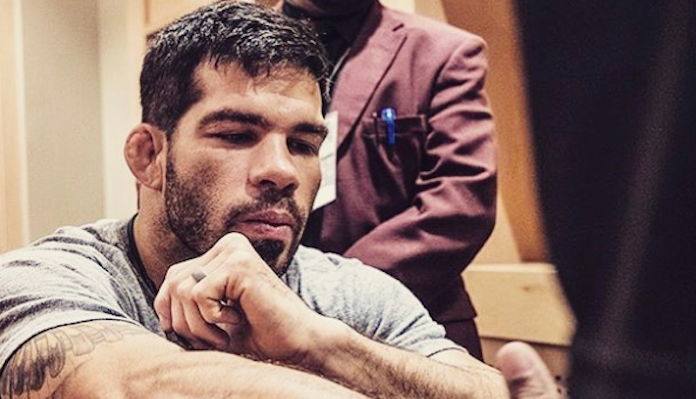 Yet, the Brazilian isn’t surprised at all as he knew this fight was destined to happen.

“I wasn’t surprised. I respect his skills and his game. But, he had no choice of taking this fight. This fight was going to happen sooner or later,” he explained. “I saw him in person and he was like much respect taking the fight.”

Entering this fight, all of Garbrandt’s three losses have come by way of knockout. Raphael Assuncao also has two KO/TKO wins inside the Octagon. But, many believe the Brazilian’s ground game could pose some challenges for the former champ.

For Assuncao, he believes he’s the better fighter no matter where the fight takes place but is preparing for the best Cody Garbrandt there has been.

“Of course. Anything can happen, but I’m not focused on his losses. I’m just focusing on myself and what I can do. I’m a fighter, I’m going to do what I need to do to win,” he said. “I feel comfortable anywhere. I’ve been preparing for any situation. I’m always looking to improve but I’m confident everywhere.”

Should Raphael Assuncao get his hand raised on Saturday night, the fifth-ranked contender believes he could very well be one win away from a title shot. Especially with the belt vacant, a good performance sets himself up nicely for the future.

“It just puts me right back where I was of being in contention for the title. A win over this guy is huge, that’s all I care about,” Assuncao concluded.

Who do you think will win, Raphael Assuncao or Cody Garbrandt?