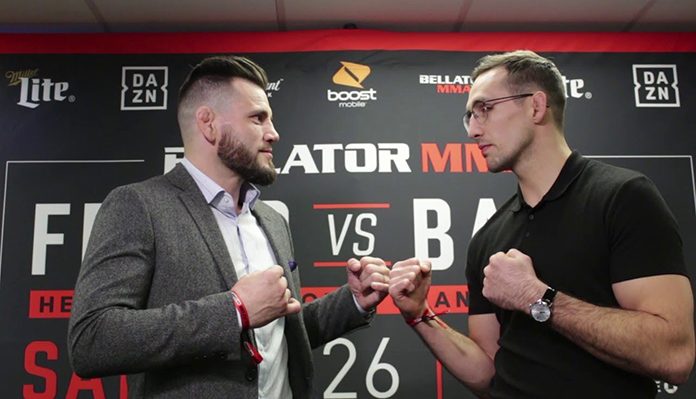 In the main event of Bellator 220, Rory MacDonald will look to defend his welterweight title against Jon Fitch. Not only will MacDonald be putting his belt on the line, but it will also be the last matchup of the first round of the Bellator Welterweight Grand Prix.

Ahead of the fight, BJPENN.com reached out to several pro fighters to get their picks for the fight. And, they all are leaning one way.

Here is what they had to say.

Devin Clark, UFC light heavyweight: I like Rory MacDonald, he is a tough dude so I am going with Rory.

Kyle Nelson, UFC featherweight: I am going with Rory MacDonald. I think he is a little more of a complete fighter. He has a better standup than Jon Fitch and his wrestling will nullify Fitch’s offense. I also have to back my Canadian guys.

Ilima Lei-MacFarlane, Bellator women’s flyweight champion: I see Rory taking it. Even though Jon is a veteran and will do what he has to do to win, Rory is the younger buck. I think Rory will win. How, I do not know, maybe by decision.

Leslie Smith, Bellator women’s featherweight: Rory is my pick. He has been around GSP long enough to have some good counters for the wrestling/smothering game of Fitch. I think it will be a KO in the third.