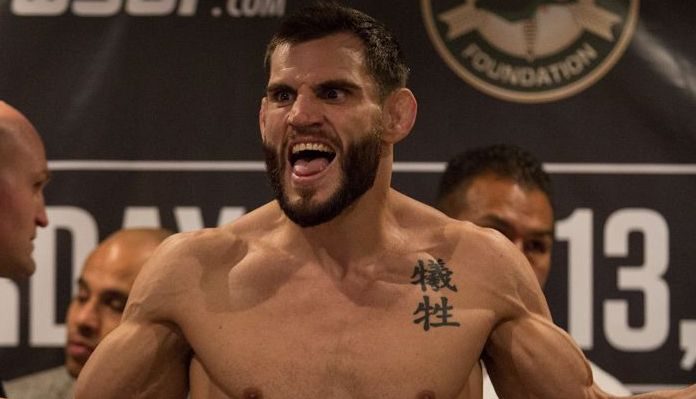 Jon Fitch is fighting for the Bellator welterweight title on Saturday night, in the last first-round bout of the Bellator Welterweight Grand Prix. The 41-year-old, who is 1-0 inside the Bellator cage, will be taking on the champion Rory MacDonald in the main event of Bellator 220.

Although Fitch is the underdog heading into this fight, the veteran is more than ready to do what he has to do to win.

MacDonald is coming off of a lopsided loss to Bellator middleweight champ Gegard Mousasi back in September and has been in some wars in his career. However, Fitch isn’t concerned about MacDonald’s health and durability. Rather, he is training for the best MacDonald there is.

“I’m not even worried about it. I am just expecting him to be the best Rory he will be,” Fitch stated. “I’m training for the best and I just have to go in there and do what I have to do.”

There is no question MacDonald is a tough fight for Fitch. But, so far everything is going right for the 41-year-old. He lives a short walk away from the arena and can sleep in his own bed during fight camp. As well, he can train at American Kickboxing Academy, his home gym. Being able to do that will make him comfortable during fight week, which will be a big advantage for the challenger.

“Yeah, I don’t have to fly anywhere. I can eat my own food, my apartment is a 15-minute walk to the arena,” he said. “It is a pretty good situation. I think it makes it a little easier. Don’t have to worry about traveling or any of that. If I miss my kids I can visit them during the week.”

Meanwhile, if Fitch does indeed win this fight, he will capture the title and move on to a second-round Grand Prix bout with Neiman Gracie. For Fitch, who last fought back in May of 2018, he is happy to be fighting in a tournament. He knows when his next fight will happen and can get three fights in a calendar year for the first time in a while.

“It really appeals to me that I know I will fight three times in a year and know when I will fight again as long as I keep winning,” he explained. “It has been a pain in the ass because the last few years have not been consistent with the fights. It’s also stressful as you don’t know the next time you are going to get paid. It is very much a good thing to have fights like this in a tournament format.”

Fitch gets to fight for a title in the first round of the tournament which is a huge bonus for him. And, if all goes according to plan, he won’t just be fighting for a title but taking the title home when he hears ‘And New’ at the end of the night.

“There is a lot of possibilities. Something that is a big part of my success is the visualization of things and different scenarios happening,” Fitch said. “That way I am prepared and I am able to react to those things if they happen. Like if I get a takedown, if I can’t and it remains standing, I just make sure I roll through of all those things as many times as I can so that I am prepared.”

Do you think Jon Fitch will spring the upset and beat Rory MacDonald this Saturday?