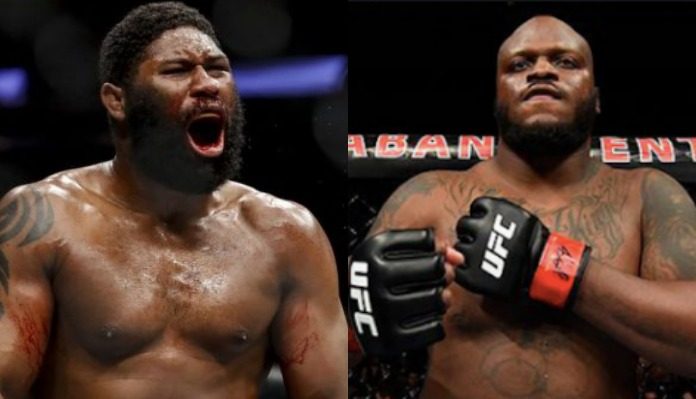 In the main event of UFC Vegas 19, Curtis Blaydes and Derrick Lewis will finally fight one another. Heading into the fight, Blaydes is a -450 favorite while “The Black Beast” is a +325 underdog.

Ahead of the fight, BJPENN.com reached out to several pro fighters to get their prediction for the scrap. The majority of pros believe Blaydes uses his wrestling to get the job done.

Drakkar Klose, UFC lightweight: I think Curtis just takes him down over and over again in a snooze fest of a fight.

Cody Stamann, UFC bantamweight: Derrick Lewis. I think he can defend the takedowns as his grappling is better and will eventually land the knockout punch.

Kyle Nelson, UFC lightweight: If Curtis Blaydes doesn’t get caught early he will be able to grind out Derrick Lewis. Blaydes’ wrestling will be too good and he will take Lewis down early and often to get the decision win or maybe late stoppage.

Randy Brown, UFC welterweight: I got Derrick Lewis. I think he can get the job done by landing his heavy punches.

Alexander Hernandez, UFC lightweight: I got Curtis Blaydes. I don’t think Derrick Lewis will be able to stuff the takedowns and once Blaydes gets you down, it is hard to get up.

Dustin Jacoby, UFC light heavyweight: You can never count out Derrick Lewis, but Blaydes is good enough to grind him out for a decision win or a TKO or submission win on the ground.

Casey Kenney, UFC bantamweight: I’m going to go with Curtis Blaydes. His wrestling is too good and I don’t think Lewis will be able to stuff the takedowns.

Tim Elliott, UFC flyweight: I’m going with Blaydes, his wrestling will be the difference-maker. Lewis will have some moments on the feet but Blaydes will just grind him out with wrestling.