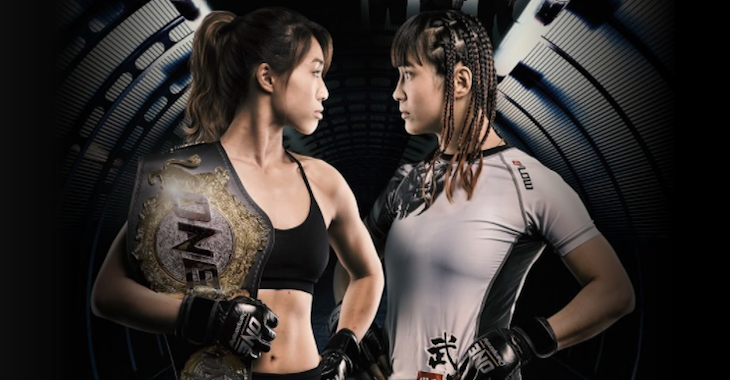 This weekend, Singapore’s ONE Championship will touch down in sun-soaked Bangkok, Thailand with their latest show, which is entitled Warrior Kingdom. This card, which is stacked with talent from Thailand, larger Southeast Asia, and even further afield, has got fans of Asian MMA very excited. Of all the features of this latest ONE Championship card, however, none are generating quite the same buzz as the main event, which will see 115-pound atomweight champion Angela Lee (6-0) attempt to defend her title against Jenny Huang (5-0).

This fight is significant for a number of reasons. For one, it marks the latest efforts of Lee, who is quickly emerging as one of the brightest shining stars in women’s MMA. It’s also significant because it marks Huang’s opportunity to become the first Chinese fighter to win a major world championship.

On Wednesday’s edition of BJ Penn Radio, ONE Championship President Victor Cui broke down the massive implications for both women.

“When you’re a champion of as high a profile as Angela Lee, one of the greatest challenges as the champ is, everybody’s trying to take you down,” Cui said. “Angela Lee has had a meteoric rise. She’s a very talented athlete. She’s articulate, beautiful, talented, skillful, high-profile. Everybody’s talking about her. She gets swarmed my media wherever she goes. She has a huge, huge fanbase in Singapore and across the region, so eyes are definitely on her.”

“But Jenny has been on a tear through this division in ONE Championship, and is a star in China,” Cui continued. “To have a Chinese fighter, competing for the first time for a world championship… I can’t even explain how huge that is in China. You’ve got tons of media flying in from China over to Bangkok to cover this story, so it’s a really high profile match for both of them.”

Cui then went on to give a quick breakdown of the matchup.

“Jenny, in this typical sort of challenger mode, she’s got nothing to lose,” he said. “She’s going to bring it all. She moved to a different camp in China I think about six or eight months ago to get some new training partners and improve her ground game, so I think we’re going to see a really great matchup here.”

Will you be watching Angela Lee vs. Jenny Huang this weekend? Sound off, PENN Nation!