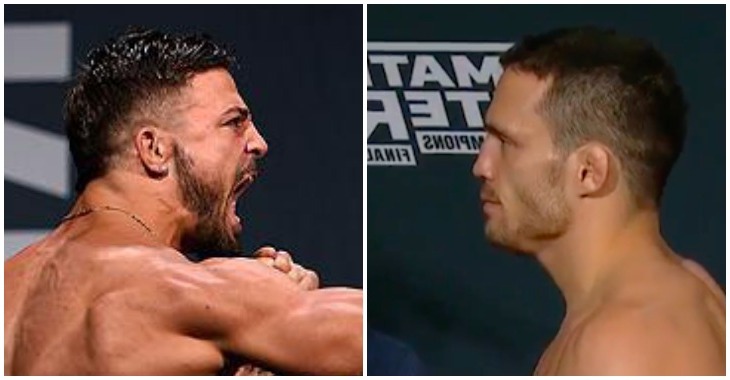 On April 22, when the UFC touches down in Nashville, Tennessee, “Platinum” Mike Perry will test his mettle against one of the welterweight division’s most experienced competitors: Jake Ellenberger.

On Wednesday’s edition of BJ Penn Radio, Perry weighed in on this looming scrap with Ellenberger. Though he acknowledged that Ellenberger has experience on his side, he doesn’t expect the veteran to give him any new looks.

“He’s a powerful guy, but I’m younger and I’m more powerful,” Perry said of his opponent. “He’s been in the game a long time, so I’m sure he’s got some tricks up his sleeve, but I doubt there’s going to be anything he can show me that I haven’t seen. I highly doubt that. I’ve seen it all. I’ve fought the best of them, and I train with the best of them.”

Perry then explained that it’s his plan to beat Ellenberger up on the feet, and that he expects Ellenberger to respond with a wrestling-heavy game plan.

Though Perry expects plenty of takedown attempts from his upcoming foe, he’s hoping Ellenberger will oblige him in a good old fashioned slugfest.

“I hope he does come to fight,” he said. “I hope he just stands in the middle, ‘cause I’ll do it with him. I’ll just stand right there. I won’t even move my feet. I’ll just swing – bam, bam. It’s not going to be good for him”

Do you think Mike Perry can take out the veteran Jake Ellenberger, or will he be foiled by his foe’s experiential edge? Sound off, PENN Nation!