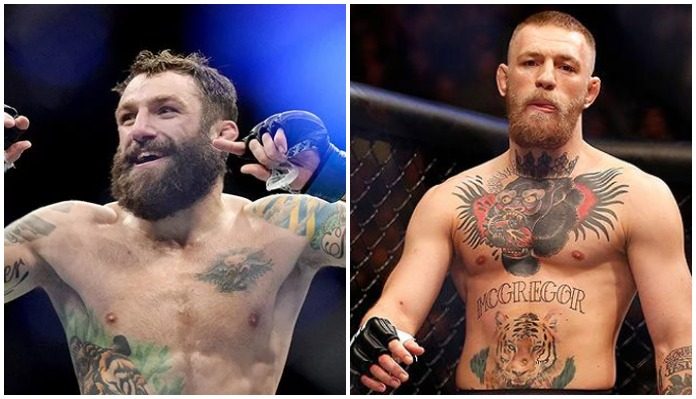 Michael Chiesa is set for his second welterweight fight this Saturday at UFC 239, where he will take on Diego Sanchez. Moving up to welterweight was something was considering for a long time given how big he is. He says he would wake up a “couple of pounds” over 180 pounds with two-weeks until fight night — quite a distance from the lightweight division’s 156-pound limit.

Not having to cut as much weight as a welterweight is a huge bonus and a big stress reliever for Chiesa.

“I have been pushing myself and I’m like why is there no bad feeling, and it is because I don’t have to cut weight, [I can get] back to winning,” Chiesa told BJPENN.com recently. “This is how fighting is supposed to be. I feel really good, I feel strong. And I can tell you my weight honestly. Most of the time, fighters lie about five or ten pounds, I can truthfully say I was 187.5 two weeks out from the fight.”

Not only is the reduced weight cut a big relief for Michael Chiesa but so too is the landscape of the new division he’s fighting in. He sees a clear path to the title at welterweight, whereas at lightweight, he could not say the same thing. At 155lbs, he says, if Conor McGregor wants a title shot the Irishman will get it before more worthy contenders. And Chiesa is happy he no longer has to deal with that.

“I want to fight the best guys in the world,” he said. “I want to win big or lose big. I’d rather lose to the top guys than win to mediocre guys. But, as stacked as this division is, there is a clear cut path to the title. At lightweight, there are a lot of moving parts. If Conor comes back he leapfrogs everyone for the title shot. ‘The Conor Effect’. I like how there is a clear-cut path to the title, and the rankings actually mean stuff at 170.”

Michael Chiesa is confident he will become a world champion at welterweight, which he considers his natural weight class. Whether or not that happens is still to be seen, but “Maverick” is just excited to be in a division where the rankings mean something.