John Lineker, a native of Brazil and a current resident of Florida, never imagined he’d fight in Indonesia. Yet on October 25, he’ll take to the cage in Jakarta to ply his trade against Tajikistan’s Muin Gafurov.

Lineker’s trip to the bustling metropolis of Jakarta is the result of his recent move from the UFC to ONE Championship.

His departure from the UFC came as a surprise to many fans, but he says he holds no ill will toward the promotion. He is, however, to move on to this new chapter of his career with ONE Championship, where he’ll be competing at 145 pounds against a new and unfamiliar roster of killers.

“We had a few promotions interested, but ONE Championship was the right way to go economically,” Lineker told BJPENN.com ahead of his ONE Championship debut. “Also their weight system, it really seemed like a better thing. Also, if you look at the type of fighters they have over there in my weight division, they’re strikers, which I really enjoy.

In Gafurov, Lineker will meet a dangerous striker who’s also flaunted a knack for finishing on the ground. The Tajik fighter has scored stoppages in a great many of his 16 victories, and has only lost to established ONE Championship stars in Reece McLaren and Kevin Belingon.

Unsurprisingly, Lineker is impressed with what he’s seen from his opponent so far.

“He’s a great fighter,” he said of Gafurov. “He’s very versatile. When he doesn’t do good in the striking department he tries to take the fight down.” 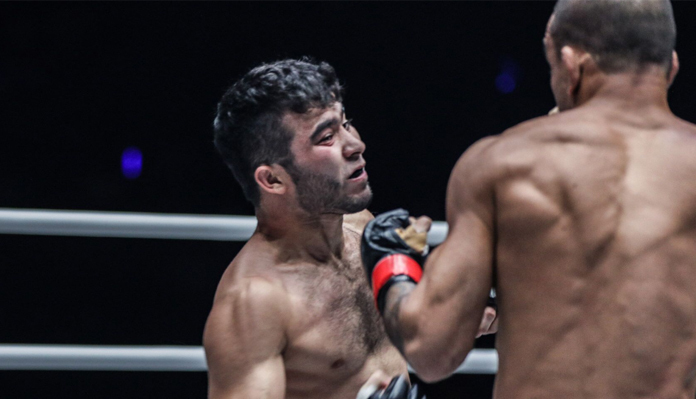 While Lineker respects Gafurov’s striking, he expects his foe to attempt to ground the fight early.

“He will not be comfortable in the striking department with me, and he’ll probably try to take me down, but I’m ready for it,” he said.

“[Striking] is what I like to do,” he added. “I’m coming ready. I’m really looking forward to it and I want to put on a show for all of my fans to watch.”

John Lineker is not the first UFC fighter to migrate to the ONE Championship of late. Over the last year, we’ve seen other UFC veterans such Demetrious Johnson, Eddie Alvarez, Sage Northcutt, Yoshihiro Akiyama and Yushin Okami move to the Singapore-based promotion.

Of the men listed above, only Demetrious Johnson won his first fight under the ONE Championship banner. Given the struggles these UFC veterans have endured while fighting for ONE, you might expect Lineker to approach his debut with a degree of caution, yet he claims he couldn’t be cautious of he tried. It is simply not in his nature.

“I’ve seen some of the fighters that have migrated from the UFC [to ONE], but caution is not part of my nature, not a part of my personality,” he said. “My story is going to be different.”

If Lineker is successful against Gafurov in Jakarta, he’ll be well positioned for a shot at the ONE Championship bantamweight title, which will next be on the line when Bibiano Fernandes and Kevin Belingon rematch in Tokyo, Japan this October. The UFC veteran is reluctant to look too far past Gafurov, but is of course eager for the chance to fight for gold in ONE.

“I want to take things step by step, of course,” he said of a potential ONE bantamweight title shot. “If that opportunity arises, I’m going to be very happy with it, but I’m focused on taking things step-by-step, fight-by-fight.”

Lineker’s receiving a ONE Championship title shot any time soon, of course, would seem to hinge on his looming showdown with Gafurov. The Brazilian is reluctant to make a prediction, but is happy to make a promise instead: he’ll be looking for the knockout, always.

“The only prediction I can guarantee is I’m going to look for a knockout as I always do.”

How do you think John Lineker will perform in ONE Championship?