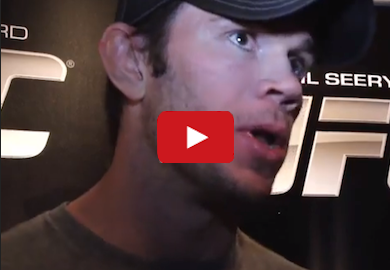 “Here’s what I don’t understand, What’s wrong with wanting to be better at your job? You only get one life. That’s it. I didn’t mean to have this shitty body with shitty genetics. I wanted a better one. I’ll be honest. I wanted to be much bigger, stronger and faster. If I could do that…

“People think TRT’s for lazy people. No, you’re just trying to improve yourself. All the drugs in the world ain’t gonna turn a Chihuahua into a Pit bull. I could do all the TRT in the world and [Jon] Jones would beat my ass every day, all day, but I could be the best me.”

“I don’t think people get it, so fuck ’em. They take drugs just to stay happy. You take Prozac? Quit taking Prozac. No drugs but antibiotics. Don’t take drugs to improve yourself. Your kids take Ritalin? No! Bullshit. They’re doing that to cheat in school.”

“You know what [Belfort’s] problem is? He looks like he might be doing some stunt double work for The Incredible Hulk. I NEED TRT!”