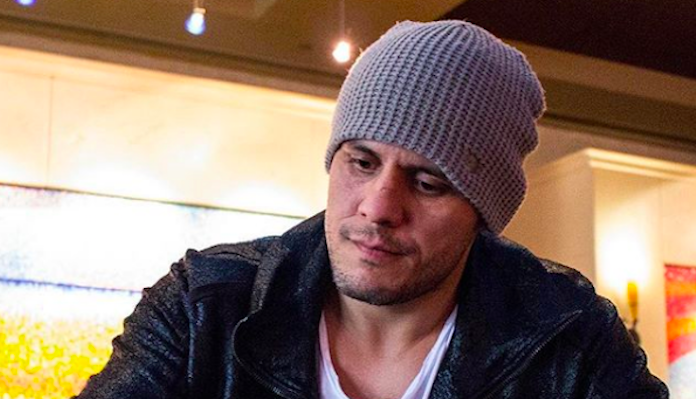 Siyar Bahadurzada has not fought since April, when he crumpled Luan Chagas with a kick to the body and a followup punch. He’s hoping that changes soon.

The Afghan-born Dutchman, who is currently riding a three-fight win-streak, is hoping to welcome the long-absent Jorge Masvidal back to the Octagon, perhaps at UFC 232 on December 29.

While Siyar Bahadurzada believes a fight with Jorge Masvidal would be a thrilling one for the fans, that’s not the only reason this potential matchup interests him. He also feels that he and Masvidal have unfinished business, having been briefly scheduled to fight each other in 2016.

Bahadurzada had originally been booked to fight Claudio Silva, yet when Silva was forced out the fight with an injury, Masvidal stepped in to replace him. Unfortunately, Bahadurzada then fell ill, which meant that he also had to withdraw from the card.

Today, Siyar Bahadurzada is healthy and in the prime of his fighting life. With Masvidal targeting an imminent comeback, Bahadurzada feels the time has come for them to settle their score.

“I got sick three weeks out to the fight,” Bahadurzada said on episode 102 of BJPENN.COM Radio, looking back on his cancelled 2016 fight with Masvidal. “Actually my opponent got canceled, Claudio Silva, and he took the fight. Masvidal took the fight. He wanted to fight me, I took the fight.”

“I could have said no to him but I was happy that he wanted to fight me,” he added. “I took the fight and I got canceled and he stayed on the card and he kept winning his fights.”

While Siyar Bahadurzada is hoping he’ll finally get the chance to fight Jorge Masvidal this year, Masvidal hasn’t been particularly receptive of his callout, stating that he’d prefer a ranked opponent instead.

“He is ranked and I’m not, but I’m back now and I asked him to take the fight and he is not taking the fight and he has a losing streak, a two-fight losing streak,” Bahadurzada explained. ” I’m doing you a favor, I’m giving you a good fight. I’m a standup fighter, I’m a warrior. You’re a warrior. I’m giving you a good chance to come back to fight. Lets put on a show. Lets put on a violent fight for the fans. That’s all the fans want to see: knockouts and blood and violence. Let’s do it. I think that he is the kind of guy that will stand and bang with me. That’s why this fight excites me. If Masvidal takes this fight, which I believe he is not going to, he will be in trouble. He knows he will be in trouble.”

“The size of my fist is bigger than his head.”

Although Jorge Masvidal has shared his preference for a ranked opponent, Siyar Bahadurzada is hoping he’ll come around and oblige this callout.

“Anytime Masvidal is ready, I’m ready now,” he said. “If he wants to fight on December 29th, I’m ready to fight him. He better step up. I understand his perspective but I was hoping that he is a warrior and he would take that fight.”

“I’m coming to fight and I don’t run around. I’m not a businessman, I’m not a salesperson, I’m a fighter and when I get in there I come to fight,” he added. “I honestly believe that Jorge Masvidal was a warrior because he has had street fights and this and that, and I was supposed to fight him at one point.”

Whatever the case, Siyar Bahadurzada is mainly just hoping to fight against soon — ideally against a ranked opponent. As an accomplished veteran who has fought in multiple weight classes all over the world, he feels he’s earned that opportunity.

“I’m a veteran man. I deserve to fight a big name.”

Does a fight between Siyar Bahadurzada and Jorge Masvidal interest you?