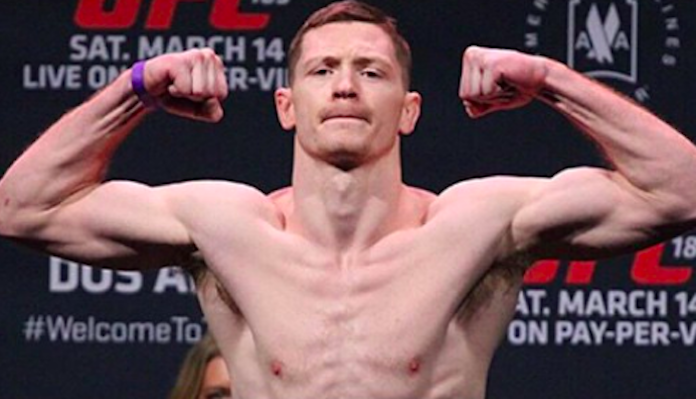 According to MMANytt’s Damon Martin, a lightweight bout between Joe Duffy and The Ultimate Fighter 9 winner Ross Pearson in the works for UFC Fight Night in Adelaide on Dec. 2.

Joe Duffy (16-3) hasn’t competed since UFC 217 in Nov. 2017 where he was knocked out for the first time in his career, courtesy of James Vick. The setback snapped the 30-year-old’s two-fight win streak. He’s currently 2-2 in his last four fights and 4-2 in the octagon. Duffy holds wins over UFC veteran Norman Parke, Reza Madadi. and of course, Conor McGregor. The Tristar Gym product has never lost back-to-back fights in his career.

Ross Pearson (20-15) will be looking to get back in the win column after a 1-5 skid over his last six fights. The Alliance MMA product is coming off a ‘Fight of the Night’ performance against John Makdessi at UFC on FOX 30, which he lost by decision.

The 34-year-old has fought some of the toughest fighters in the lightweight division including Al Iaquinta, Jorge Masvidal and Dan Hooker. Another setback in the octagon could lead to him being cut from the UFC. He’s called the promotion home since June 2009.

Who do you think will come out on top when the cage door closes on Joe Duffy and Ross Pearson at UFC Adelaide this December 2? Join the conversation in the comments section below.