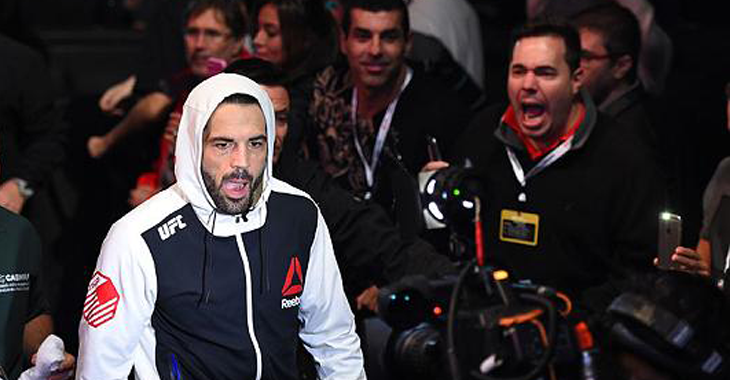 While it goes without saying that Brown is hoping to end his career with a big win over a well-respected foe, his main hope is that, when all is said and done, people will be inspired by his career. From the throes of heroin addiction to near-championship heights, it has certainly been an incredible one.

“More than anything man, I just want the people to be inspired by what I’ve done,” Brown said on the most recent episode of BJ Penn Radio. “I am proud that I came from a very tiny town of like 200 people. You know, I was on the streets, [I was] a drug addict to almost a UFC championship, so I don’t think there’s a whole lot of people in the world that can say they went from such a low bottom to such a high high. You know, I just hope that people are inspired by what I’ve done and they can take it, and it gives them some inspiration to live their lives a little better.”

While Brown doesn’t have any significant regrets about his long and illustrious fighting career, he does admit there are a few things he’d have done differently, hindsight being 20/20.

“If I could go back and change anything, I would maybe sell myself a little better, maybe turn down some fights, say ‘no’ more often. Say ‘no’ when I’m injured, or back out of fights when I’m injured.”

What are your thoughts on Matt Brown’s thrilling and violent fighting career?