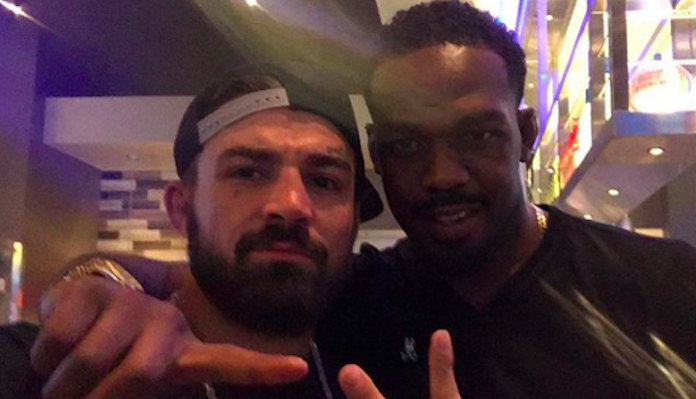 Earlier this month, in the co-main event of the UFC’s 25th anniversary show in Denver, Colorado, welterweight knockout artist “Platinum” Mike Perry stepped into the cage with long-time contender Donald “Cowboy” Cerrone. Unfortunately for Perry and his many fans, this fight didn’t go as planned. Instead, he was forced to tap to a Cowboy armbar in the first round.

Heading into this fight, Mike Perry says he spent a lot of time sharpening his kickboxing arsenal with the elite coaches and training partners at JacksonWink MMA in Albuquerque. Even though he didn’t get the result he wanted against Cowboy, he says he’s happy with the striking improvements he showed in the fight.


“My kickboxing looked a lot better, right?,” Perry said on the latest episode of BJPENN.COM Radio. “You seen how, with him just running from me, there may not have been a lot that happened, but I would enter the clinch cleanly without getting hit. I usually get hit a lot.”

While Mike Perry is happy with the improvements he’s made to his striking, he says his loss to Cowboy also served as a reminder that he needs to spend more time working on his grappling — particularly in terms of creating opportunities for ground-and-pound.

The reason Perry is so focused on developing his ground and pound is because Jon Jones — a staple of JacksonWink MMA and arguably the best fighter in MMA history — told him that ground-and-pound is ‘the secret to MMA. ‘

“You need position on the ground,” he said. “Jon Jones told me the secret to MMA is ground-and-pound. There were some times where I had positions on Cowboy that I should have been able to pop up and explode a little bit, and then drop down shots on him. I wasn’t very comfortable on top of him. I mean, I went for a key lock, and then he just rolled right from under me. There’s a better way to put my weight down. I needed to sit back. I got to work sitting my hips back more so it becomes more of a muscle memory.”

“He had been in the gi for this camp, he had been grappling, and he had been attacking people’s arms,” Perry continued, explaining that it was clear Cowboy had been working on his grappling. “I had not been submitting people in practice. I was trying to ground and pound and hit people, but he knew how to stop me from ground and pounding him in good positions. His jiu-jitsu was just smoother.”

What do you think of this lesson Jon Jones apparently shared with Mike Perry? Do you think ground-and-pound is really the secret to MMA?