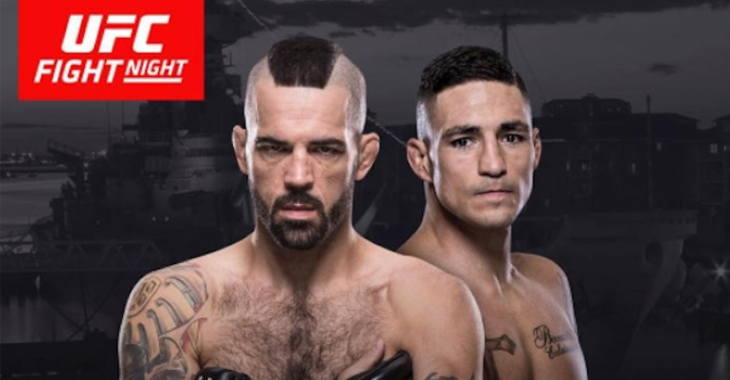 This weekend, in the co-main event of the UFC’s anticipated stop in Norfolk, Virginia, UFC welterweight Matt Brown will partake in what’s likely to be the last fight of his career against a fellow fan favorite in Diego Sanchez.

Pretty much every fight fan on earth expects this Brown vs. Sanchez fight to be an absolute war. While Brown understands this perception, however, his main priority is fighting the best fight possible in what will probably be his last ever.

“I guess match-up wise, on paper, it’s a war, fight of the night, fight of the week, fight of the month, fight of the year, fight of the century for all I know,” Brown said on the latest episode of BJ Penn Radio. “But realistically, I think I can pick Diego apart pretty well and I can really impose my game on him. I think that matchup wise, stylistically I think this is a really great fight for me, and I’m really gonna shine.”

Needless to say, Brown expects a clear win over the ever-dangerous Sanchez – though he understands anything can happen when the cage door locks.

“That’s what I’d expect out of myself and that’s what I plan on going on in there and doing,” he said. “I’ve watched this sport and been a part of the sport long enough, Lord knows what’s really gonna happen when you get in there, right, but, I have high expectations for myself and I have every intention of going in there and meeting those expectations.”

Though Matt Brown was once regarded as one of the sport’s very best welterweights, he’s endured a bit of a slump in his last few fights, having been tapped by Demian Maia and knocked out by Jake Ellenberger and Donald Cerrone in his last three bouts.

Do you think Matt Brown can retire with a win over Diego Sanchez this Saturday?