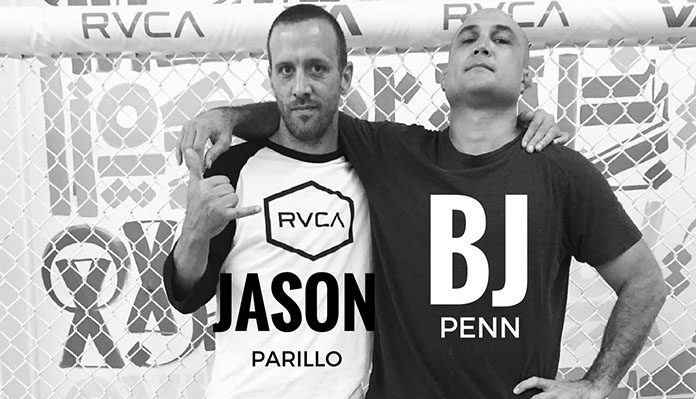 Jason Parillo is one of the most accomplished boxing coaches in the sport of mixed martial arts. He will be in Cris ‘Cyborg’ Justino‘s corner at UFC 232 for the biggest fight of her career.

Parillo has worked with some of the best MMA fighters of this generation. Cyborg, BJ Penn, Tito Ortiz, and Michael Bisping just to name a few. Still, Parillo doesn’t seek out athletes to work with, that just doesn’t jive with his sensibility.

“I don’t really reach out to fighters,” Parillo told BJPENN.com in a recent interview. “I think if we connect, then we connect, and if I’m someone who they want to gain something from then they will reach out to me. Guys are going to come train with you if they want to and to be totally honest they’re going to have a much better response if they come to me.”

He continued, “If I go and tell someone I’m going to train them and make them better, they might be a little skeptical. I just feel if its something they want they will be more receptive. I just don’t reach out to fighters, that’s just not my style.”

The fighters that Parillo does work with at the RVCA gym have reaped the benefits. Take Ortiz for instance, who just last month defeated Chuck Liddell.

“In all the years I’ve spent with Tito I felt that’s the hardest he worked,” Parillo explained. “Now he always works hard but he wasn’t trying to get at anything. He showed up every day ready to go and got ready properly for that fight and it showed.

“He knocked out Chuck Liddell which is obviously a redemption for him,” Parillo went on. “It will help him sleep like a baby for the rest of his life.”

Ortiz did look great last month. But as 2018 winds to an end Parillo’s focus will be on UFC 232 and his world champion fighter Cris Cyborg.

“Shes prepared and shes in great shape,” said Parillo when asked about Cyborg just 10 days out from the fight. “I say it time and time again with Cris Cyborg, you don’t have to be overly concerned with her staying out of the gym. All she does is train. The only person that’s going to beat Cris is Cris.”

He added, “When it comes to fight time she wants to push harder so you kind of have to bump the brakes a little and give her a rest. She is smart and she has prepared for a lot of fights, just sometimes we all need a little reminder.”

Parillo had one more thing he wanted to share, or rather a message for an old friend.

“My shout out is to BJ Penn! I want to see you kick some ass, bud. It sounds like your getting in pretty good shape and I want to see you do really well and I know your gonna do well. You just got to put your mind to it and you will have that W you need.”