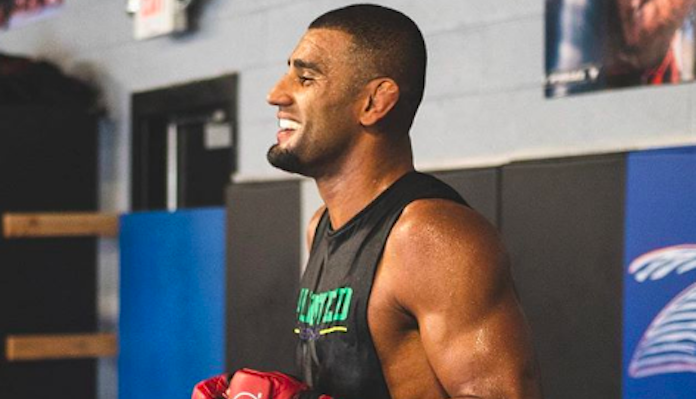 In his last fight, which went down January, Douglas Lima surrendered the Bellator welterweight title to reigning champion Rory MacDonald, losing a close decision to the Canadian. So long as he performs well in his upcoming Bellator Welterweight Grand Prix matchups, starting with his Bellator 206, scrap with Andrey Koreshkov, Lima could easily have the chance to reclaim the title from MacDonald in the near future.

If Douglas Lima gets this chance, he will apply the lessons he learned from his first with MacDonald to their second fight. The key takeaway from this first fight, he says, is that he needs to continue fighting ferociously for the bout’s duration. In hindsight, he feels he let his foot off the gas a little too much in the latter phases of the first fight.

“I should have fought a little harder in the last round, I always say that, [I was] just too comfortable there on my back. That was a huge mistake, that cost me the fight,” Douglas Lima said on the latest episode of BJPENN.COM Radio. “Other than the cut in the eyebrow, I really didn’t take in any real damage. I was good to fight another fight right after that one.”

While Douglas Lima is understandably eager to avenge his loss to Rory MacDonald, he says it might actually be preferable to fight somebody he’s never fought before in the welterweight tournament final — that excludes MacDonald, Paul Daley, Koreshkov and Lorenz Larkin.

The goal in this tournament, after all, is not to defeat MacDonald specifically, it’s to defeat whoever has the belt in the tournament final (MacDonald’s title will be on the line from his first tournament bout).

“It will be really good to get the rematch [with MacDonald], definitely,” he continued. “But the important thing is, if he loses, the belt goes with the winner. So no matter what, I’ll be fighting for that belt in the final. I gotta make sure I make it to the final, make it all the way and win this tournament.

“The goal for me is not even rematching [MacDonald], it is getting the belt.”

Do you think Douglas Lima can reclaim the title in the Bellator Welterweight Grand Prix?