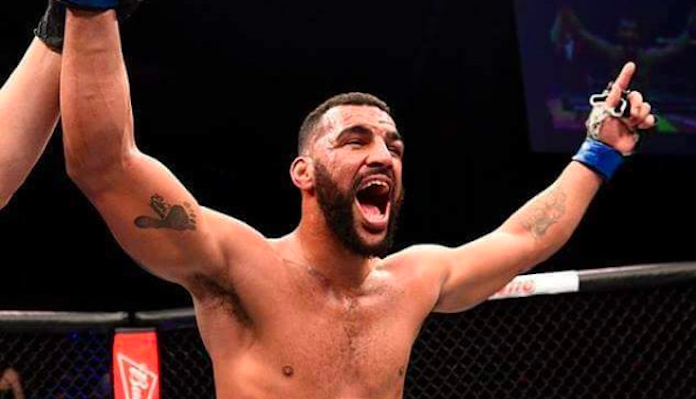 There is no question about it. The top fighters in the UFC make a pretty penny, while the fighters competing on the prelims often struggle to get by. This has been a huge concern for several fighters, some of whom have attempted to start a fighter’s union to improve things, though these efforts have not gained much traction.

South Dakota native Devin Clark falls into this second category of fighters. He is currently not ranked and isn’t fighting the kind of big fights that will improve his pay. While Clark will be taking on Aleksander Rakic at UFC 231 on Dec. 8, he knows he has to win to get his win bonus, as well as make it flashy for a shot at a performance bonus.

“Man it’s tight. You get into cage fighting as a career, the money doesn’t come that quick. You gotta keep grinding for it, keep grinding for it and hopefully one day it will pay off and shit it might not,” Clark said to BJPENN Radio earlier this week. “But, at some point, if you love to do the sport and as long as you’re making enough money to get by you’re in the green. But, yeah it does get tight in between fights, but that’s why you gotta win. If you don’t win, that’s half your pay check, so that’s motivation in itself as well. And you can’t really let one overlook the other because both those factors are there. You got the competition and you got the money. This is a job and you need that money. And so, yeah, you gotta win.”

While Devin Clark expects to win his fight at UFC 231 as he said, it isn’t about wanting to win, it is a need to win as the 28-year-old has bills to pay and mouths to feed.

“You got the training, family, and then if you wanna have some fun or buy anything. I just got a newer pickup so you gotta pay for that,” added Clark. “So, it would definitely nice to get a fight bonus or something like that but, definitely at least a win. Secure the bag as they say.”

While Devin Clark is hoping to ‘secure the bag’ he also wishes he fought sooner as it is hard on him going months on end with no payday. However, that never came to fruition, so Clark will need to get a win and a bonus to make up for it — something he believes he can make happen.

“Of course though, I’m gonna win. I have to win this fight and I have to prove a point as always,” he said. “That’s always what I’m looking at. Getting better and earning my respect. You can’t get respect if you don’t earn it so for me to do that I have to get a good finish with this guy.”