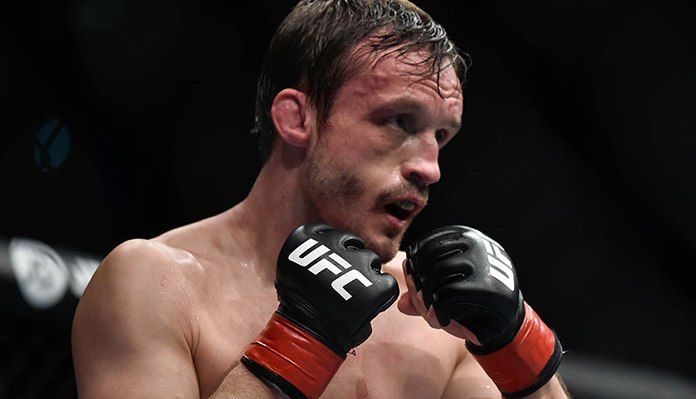 Brad Pickett is a mixed martial arts legend, no question about it. The 40-year-old has fought 39 times as a professional and 18 of those fights occurred under the WEC or UFC banner.

Pickett announced his retirement from the sport following his loss to Marlon Vera in March 2017. Now, however, he is set to return on March 30 in London, England — but it will not be an MMA fight. Rather, Pickett will be making his bare knuckle boxing debut, and for a BKB title belt no less.

In the eyes of many onlookers, bare knuckle fighting is a step more brutal than MMA. Brad Pickett, however, isn’t too worried about it — especially given that the British promotion BKB uses hand wraps.

“Well, when you first think of bare knuckle boxing you think oh my God, and this and that,” Pickett said to BJPENN.com. “When you really break it down, as I do, I always look at everything with my correct way of thinking. It is not bare knuckle as people think it is. You wear boxing hand wraps, which are quite big so it is pretty much the same as wearing an MMA glove. In my eyes, it is boxing with MMA gloves on.”

“I think that is where I will excel. I’m very good at my boxing style in MMA. I’m excited for that challenge, and I always look to challenge myself throughout my career,” he continued. “If this was more of a sport back in the day, I would have done this. It is only starting to get more regulated. Also, I’m not stupid, I’m 40-years-old so I’m not trying to fight some young kid. I will fight someone around my age and the person they have offered me is 41 and is an ex boxer.”

Part of the reason Pickett was willing to accept this fight is that it will occur in his backyard in London.

“100%. It is right at my doorstep and it is easy,” he said. “When I look at the training for the fights, training in MMA is a lot harder because you have to train wrestling, jiu-jitsu. It is tough. It’s a lot tougher on your body where in a boxing fight it is very easy. All you have to do is run, put yourself in shape, hit some pads, do strength and conditioning and spar. It is a lot simpler.”

While Pickett has never competed as a bare knuckle boxer before, he expects to make the transition pretty seamlessly.

“That is the thing. I will be very good, I used to box before I went into MMA anyways,” he said. “I think my style of going in with hooks will work really well in bare-knuckle style. My style translations very well to BKB.”

Although Pickett believes he will perform well as a bare knuckle boxer, this is sort of a test-run. It is a one-fight contract and before he commits further he wants to see how he likes it.

Make no mistake, Pickett is ready and excited for this opportunity. And, he gets to fight for gold too, which makes the opportunity that much sweeter.

“Just a new challenge,” he concluded. I’m not unhappy with my achievements in MMA. I’m very proud of what I achieved but I want to achieve something different. This is actually for a belt so cool. I can try and get a bare-knuckle belt, so it is about building a legacy.”