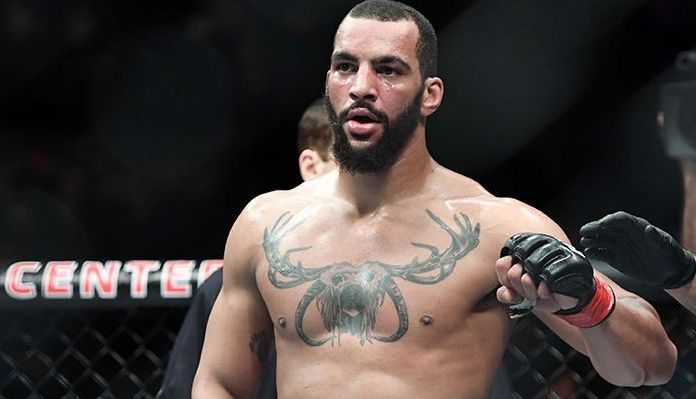 Clark and Cutelaba were set to fight in May but Clark tested positive for COVID-19 which forced Clark out of the fight. Once he recovered, “Brown Bear” asked for the fight to be rebooked as he says he doesn’t like Cutelaba.

“I actually asked for it. I had COVID which is why I had to pull out of the last one, and shortly after, I said I still wanted this fight,” Clark said on Just Scrap Radio on BJPENN.com. “He was healthy and they picked this date. It’s a fun fight for me, because, for the first time, I honestly don’t like him. I’ve never gone into a fight not really liking the other guy, everyone has been pretty professional so far. It’s almost guaranteed he will do some stupid stuff at the weigh-ins, the usual, try to bully you antics. I welcome it.”

“It does, but a guy like Cutelaba is still dangerous in the second and third rounds. He does gas a little bit but he’s still dangerous,” Clark explained. “I just want to be able to put a full performance together being focused the entire time.”

If Devin Clark can start to gas out Ion Cutelaba, he believes he has what it takes to not only beat the brawler but can finish him. The JacksonWink MMA product knows he has a massive advantage on the ground. Once he gets it there, he believes he can get a ground and point TKO or a submission.

“I think I can slow the fight down a little bit with my wrestling, just bring him in deep waters and hopefully get the finish,” Clark said. “I haven’t had a finish yet in the UFC and he’s a good opponent for it… If it goes to the ground, I finish him whether it’s submission or TKO.”

If Clark does get the stoppage win over Cutelaba, he says it would be the biggest win of his career. He also believes a win should get a ranked opponent later this year or early next.

“It should put me around that top-15, at least get a ranked opponent next,” Clark concluded. “It’s a good win, I do need this win, I’ve never lost back-to-back, so I don’t want to make that real.”

Do you think Devin Clark can finish Ion Cutelaba at UFC Vegas 37?