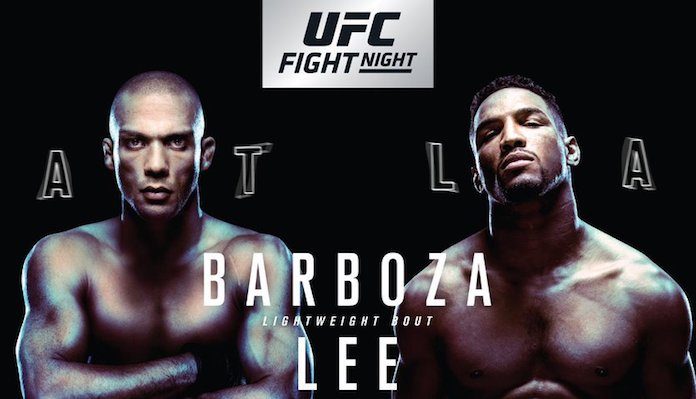 The event, which will air on FS1, is headlined by a key lightweight tilt between perennial division contenders Edson Barboza and Kevin Lee.

Prior to his setback to “The Eagle”, the Brazilian had scored impressive victories over Anthony Pettis, Gilbert Melendez and most recently a nasty knockout of Beneil Dariush.

Meanwhile, Kevin Lee was most recently in action at October’s UFC 216 event where he suffered a third-round submission loss to Tony Ferguson in a bout for the promtions interim lightweight title.

In the co-main event of UFC Fight Night 128 former UFC lightweight champion Frankie Edgar will attempt to rebound from his first career stoppage loss when he rematches Cub Swanson.

Meanwhile, Cub Swanson most recently saw his four-fight win streak snapped by the aforementioned Brian Ortega this past December in Fresno.

Swanson and Edgar first met in November of 2014 with Frankie emerging victorious by way of fifth-round submission.

Get all of tonight’s UFC Fight Night 128 Results below: