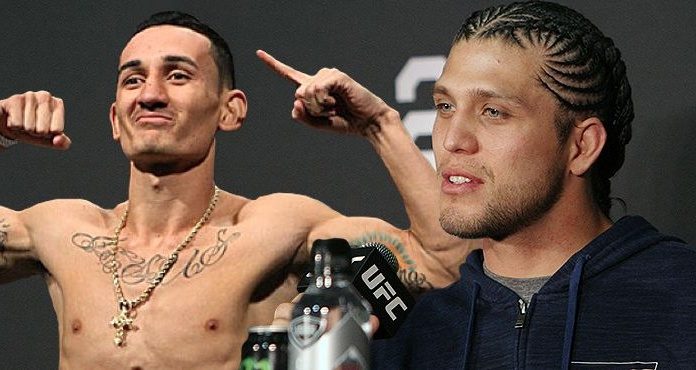 The UFC featherweight title will be up for grabs this July at UFC 226 in Las Vegas when Max Holloway attempts to defend his strap against undefeated contender Brian Ortega.

Max Holloway will enter his fight with Ortega riding a spectacular twelve fight win streak, with his two most recent victories coming via TKO over former division kingpin Jose Aldo. The Hawaiians last loss came way back in August of 2013 when he was outpointed by former UFC lightweight and featherweight champion Conor McGregor.

“T-City” is coming off a historic win over Frankie Edgar at last month’s UFC 222 event, becoming the first fighter in UFC history to stop “The Answer”. The line from the first online book for Holloway/Ortega pic.twitter.com/5bmDqd0pRW

“Blessed” has opened as the slight favorite at -169 while Brian Ortega is currently listed as a +144 underdog.

It will be interesting to see how the odds change as we come closer to July’s highly anticipated UFC 226 event.

Who are you picking to win at UFC 226, Brian Ortega or Max Holloway? Sound off PENN Nation!