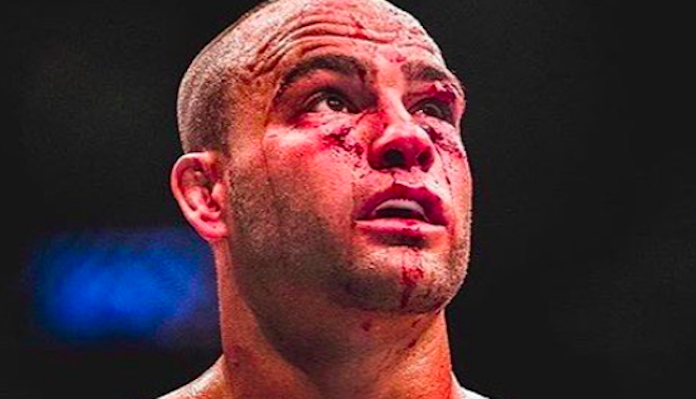 Former UFC and Bellator lightweight champion Eddie Alvarez is reportedly being pursued by Asian MMA powerhouse ONE Championship. The Singapore-based promotion has reportedly been competitive with both Bellator and the UFC in the negotiations for Alvarez’s employment.

This interesting news was reported by Tarso Doria of MMABrasil.

Eddie Alvarez and ONE Championship seems to be getting close to a deal. The Asian Giant is going heavy on the negotiations, battling UFC's and Bellator's offers. Looks like ONE wants Eddie to be part of the japanese expasion in 2019, sources tell me.

“Eddie Alvarez and ONE Championship seem to be getting close to a deal,” Doria reported on Twitter. “The Asian Giant is going heavy on the negotiations, battling UFC’s and Bellator’s offers. Looks like ONE wants Eddie to be part of the Japanese expansion in 2019, sources tell me.”

As Doria reports, ONE Championship is currently gearing up for a campaign in the MMA hotbed of Japan, one of the few Asian markets it has not yet established itself in. Alvarez, who fought for the Japanese promotion Dream for a portion of his MMA career, would likely be a valuable asset in this Japanese campaign.

If Eddie Alvarez were to join ONE Championship, he would be competing in a lightweight division that is currently ruled by dual-champ Martin Nguyen and populated by names like Shinya Aoki, Eduard Folayang, Saygid Guseyn Arslanaliev, and Amir Khan.

Needless to say, there seems to be a good chance Eddie Alvarez will begin fighting extensively overseas in the near future, whether its in Asia or Europe. That is, of course, unless Bellator or the UFC makes him an offer he can’t refuse, which is certainly not out of the question.

Where do you think Eddie Alvarez will end up?