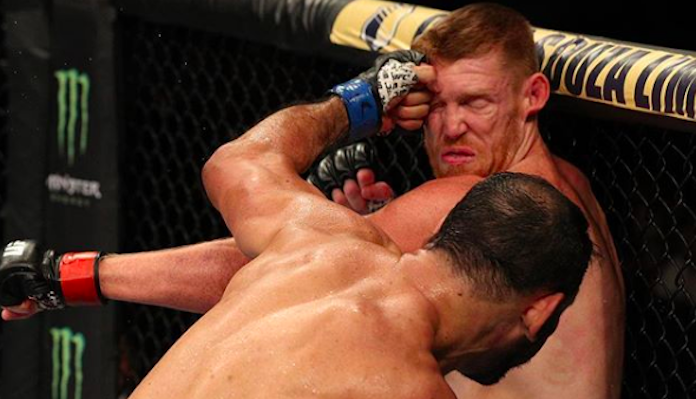 Last weekend, on the main card of UFC Sao Paulo, 42-year-old MMA legend Antonio Rogerio Nogueira stepped into the Octagon for the first time in two years, having been sidelined by a lengthy United States Anti-Doping Agency suspension. His opponent in this return to action was brick-fisted 32-year-old Sam Alvey.

Given the circumstances of this matchup, many fans seemed to count Antonio Rogerio Nogueira out against Sam Alvey — and understandably so. The odds seemed to be stacked against him.

In the end, however, the Brazilian legend managed to win in the most impressive fashion possible, putting his opponent down with a volley of thunderous punches in the secondround.

With this massive victory, Nogueira turns back the clock and reasserts himself as one of the key players in the undeniably shallow UFC light heavyweight division. And while he understands his retirement is probably not far off, he seems content to continue fighting for the moment.

“I intend on coming back to fight,” Antonio Rogerio Nogueira said at the UFC Sao Paulo press conference (via MMAjunkie). “I want to come back. I want to feel the octagon again. For as long as I can train well. And if my back injury doesn’t put me to the side, I intend on fighting again.”

While Nogueira intends to keep fighting so long as he’s healthy, he also understands that retirement talk is a natural thing for fighters of his age. He will seriously consider those talks when the time is right, but having defeated Alvey, he’s keen to get back in there soon.

“It’s normal due to my age,” he said. “I’m 42. I think in the UFC, there’s not many fighters my age. Dan Henderson and Randy Couture fought at 44, 45 years old. But definitely I have to think about my retirement.”

“It’s not something out of the question, but I think tonight’s performance maybe will put that to the side a little bit more. I intend on fighting this year again; I’m going to ask to see if I can fight before the end of the year, or the beginning of next year.”

What do you think the future holds for Antonio Rogerio Nogueira after UFC Sao Paulo?