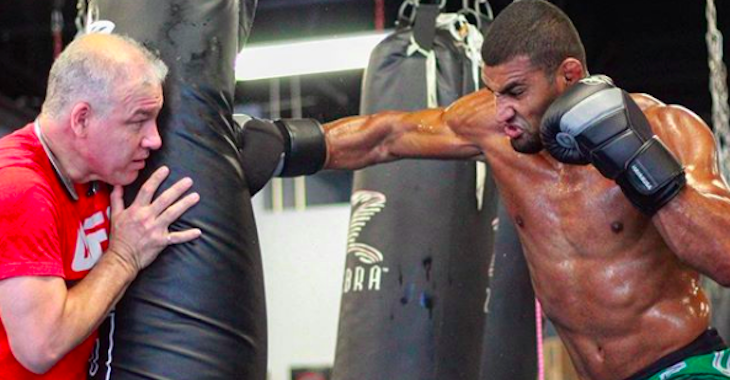 On January 20, Bellator welterweight champion Douglas Lima will attempt to defend his crown opposite former UFC star Rory MacDonald. While this might just be the toughest test of Lima’s already impressive career, he’s got a bold prediction for how it all goes down.

“I’ve been in Bellator for a long time. At the end of the day it’s just a fight. I don’t care what he’s done. I don’t care where he’s been. He’s coming there to fight me. That’s what the important thing is for me,” Lima said on the Sherdog Radio Network’s “Beatdown” show. “I’m going to finish this guy; I’m going to knock him out. That’s my goal for this fight. I’m going to put him away and show everybody that I’m here for a reason, that I’m champion for a reason. It doesn’t matter who it is. I don’t care what he’s done in the past. He’s gonna face me and he’s going down.”

“He’s a fighter, and like me he’s got a jaw. He’s got a jaw that hasn’t been touched like me,” Lima said. “Of course he’s durable. Condit finished him, Lawler finished him. If those guys can finish him, why can’t I? I believe in myself. I believe in my potential. I know what I can do, I know how hard I hit. I’m going to put this guy away, I’m telling you. “I would say Top 2, Top 3, maybe even (No. 1),” Lima said. “Rory has a win over Woodley, and Woodley’s standing at the top right now. “…He’s [MacDonald] still ranked in the top, and the winner of this fight should take that place. Either No. 1, No. 2. He’s top of the division. He’s been around. Fought good guys. I’m just here to beat him. When I beat him, I’m gonna be sitting on top. I hope they consider that.”

Do you think Douglas Lima can deliver on this prediction with a knockout of Rory MacDonald?