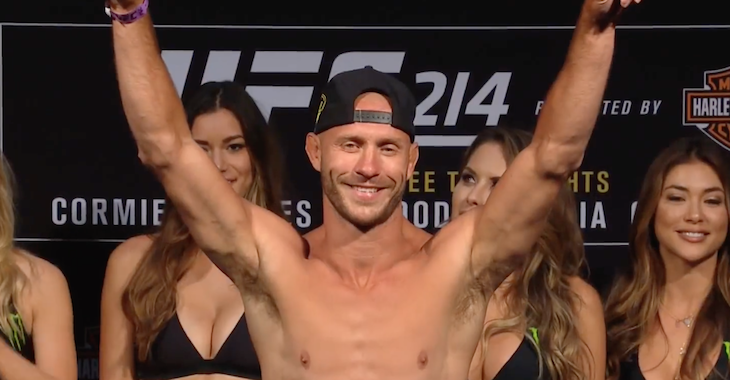 If he’s not training like an animal, chances are that Donald ‘Cowboy’ Cerrone is skydiving, taking wakeboards off of sweet jumps, or some other wild activity. I mean, you’re talking about a guy who didn’t even know who Darren Till was when he accepted the fight. Donald Cerrone stares into the face of the unknown, takes a swig of ice cold beer, and dives right in. So, what happens when he finds a venomous rattlesnake in his boat while fishing on the lake? He kills it and brandishes it for the ‘gram. “This big ol’ boy decided to come on the boat today!! 🐍. Was wild 😜” — Donald Cerrone on his official Instagram.

Of course, there’s no video of him killing it, but we’d like to imagine there was some sort of dramatic tussle. Either that, or just a simple curse word and a stomp of Cerrone’s boot. He’ll have another scrap on his hands later on this month at UFC Gdansk on October 21st. Besides a draw in 2015, Darren Till is undefeated on a 15-fight win streak. There’s upset written all over the young prospect, but Donald Cerrone can take out anyone on a good day. With a win in Poland, Cerrone could get right back close to welterweight title contention. As far as Till, if he manages to beat Donald Cerrone, it will be the biggest win of his career.