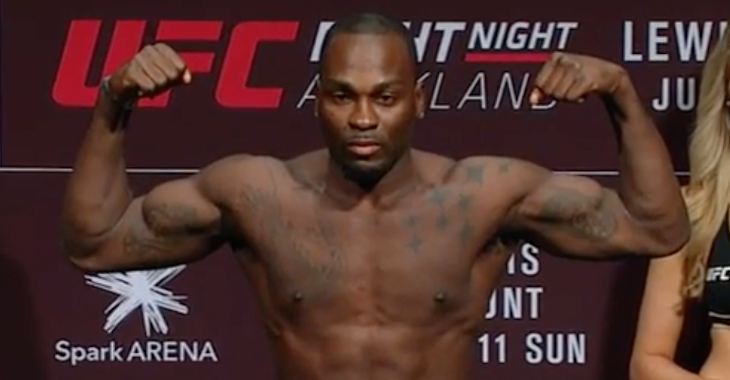 Though Kelly entered the fight with a good deal of momentum behind him, this one was all Brunson.

Moments into the first round, the American put his foe down with a crashing left hand to the temple. After bouncing Kelly’s head off the canvas like a basketball with a few followup ground strikes, the referee was jumping in to stop the action. Brunson’s knockout win occurred at 1:16 of the first.

With this win, Brunson separates himself from a knockout loss to Australia’s Robert Whittaker, and a controversial decision defeat to middleweight Anderson “The Spider” Silva. The powerful wrestler is now 17-5 overall, and 8-3 in the UFC. He followed this impressive win with a callout of Antonio Carlos Jr.

Kelly, on the other hand, has a four-fight streak derailed by this loss. He’s now 13-2 overall.

Who do you want to see Derek Brunson fight next?