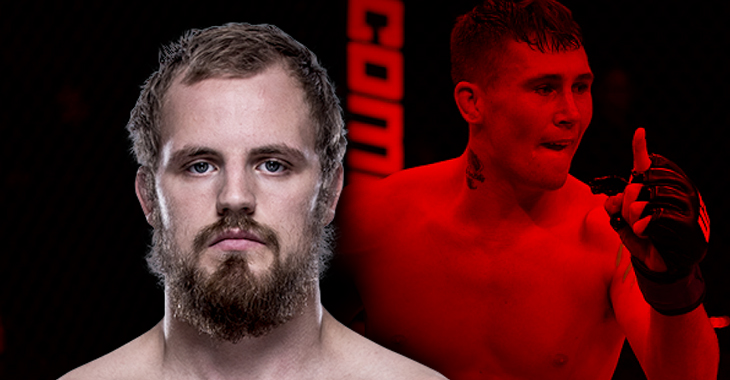 Out of nearly the entire top 15 of welterweights got booked at the tail end of 2017, one was missing. Darren Till wasn’t able to capitalize off the hype of finishing Donald ‘Cowboy’ Cerrone. He was in talks and rumored to fight everyone and none of them seemed to finalize. Despite Mike Perry losing in his last fight, Till was still open to fight him to build off their UFC Gdansk hollering match, but he’s already got a fight. Which brings us back to Gunnar Nelson. The two verbally agreed to a fight on Twitter in early November and Nelson is wondering what’s up.

“I had a little back and forth with Darren Till there online not too long ago and I thought that was going to happen. Well, they haven’t scheduled anything yet, but it looks like he’s calling everyone out. I said I’m here. Nothing’s happening, I don’t know. I’d love that fight. He’s saying he’s not getting any opponents, he’s a good fighter, he’s up there and he’s online saying nobody wants to fight him or whatever, and I said ‘I’m ready’ and that’s it. He’s ranked up there, and I’m willing to fight. He’s good, he’s very good.” “His striking is obviously his main area. He’s got a good sense of his range, and he uses his left hand well. Pretty good kicks as well, and he’s a big guy. He’s able to use his distance well, you know? Use his size. But yeah, I’m ready if he is. Nobody is saying anything, but we said we were ready and after all this back and forth online, I basically thought it was on. I basically thought it was going to happen. I thought that’s how it worked, I never really said anything like that online before — not that I was calling him out particularly, I just said I was ready — but yeah. I thought it was on. I guess we’ll see.” — Gunnar Nelson on the latest episode of The MMA Hour.

A brash English brawler with bombs for hands, up against the stoic Icelandic samurai. Everything about it sounds great, but the MMA booking world is a strange thing. Now that both Mike Perry and Kamaru Usman are booked, the forces drawing Nelson and Darren Till closer together may end up resulting in this fight finally becoming booked. Either way, with Nelson wanting redemption from the eye poke resulting in a knockout loss and Till needing to get back in the Octagon, we’ll see both of these fighters in 2018 soon.