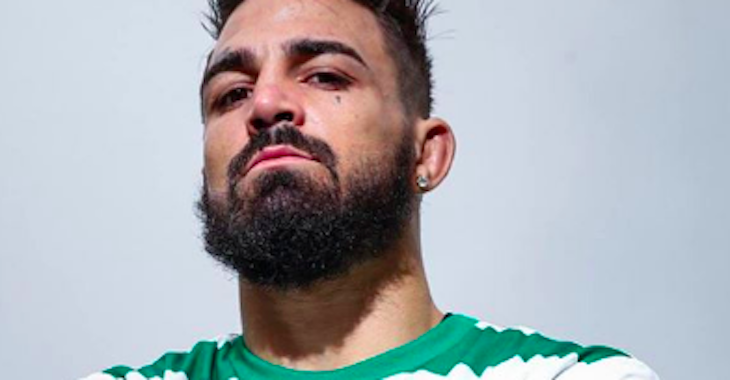 On Monday’s edition of The MMA Hour, fan favorite UFC welterweight “Platinum” Mike Perry announced that he’ll return to the cage when the UFC touches down in Orlando on February 4. That said, he would not divulge the name of his opponent, admitting only that it’s somebody Colby Covington has fought.

From there, we all began frantically examining Covington’s record, trying to narrow down the possible options. While most fans and pundits suspected former Covington opponents Max Griffin and Mike Pyle, it was hard to say for sure.

Luckily, BJPenn.com’s Chris Taylor has removed any need for guesswork, having confirmed that Perry will be fighting Max Griffin on the card.

I have confirmed that Mike Perry vs. Max Griffin is set for #UFCOrlando on February 24

This bout will mark Perry’s chance to rebound from an exciting decision loss to fellow knockout artist Santiago Ponzinibbio. Griffin, meanwhile, will look to rebound from a loss to Elizeu Zaleski dos Santos.

Who do you think comes out on top in this Mike Perry vs. Max Griffin fight in Orlando?