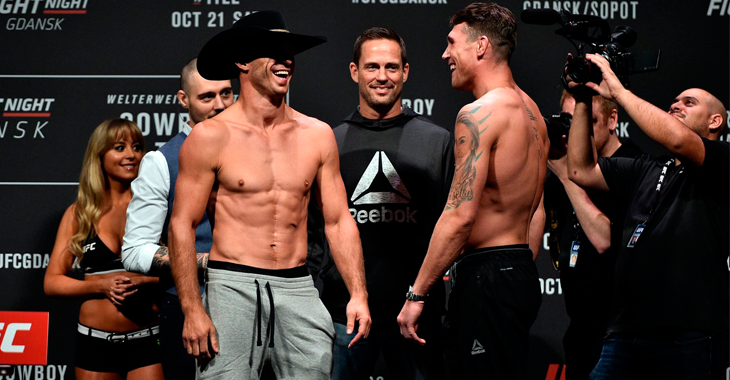 The Liverpool native, Till, picked up arguably the biggest victory of his mixed martial arts career by defeating MMA veteran Donald Cerrone via first-round TKO in the fight cards main event.

Following his impressive finish of “Cowboy”, Darren Till took to the mic and called out fellow welterweight contender Mike Perry who was sitting cage side.

“Platinum” did not take well to Till mentioning his name, and proceeded to storm the octagon. (Watch that here).

Here is how the pros reacted to Darren Till’ impressive finish of Donald Cerrone.

This kid is the future of the Welterweight Division ! Congratulations to you @darrentill2 #EuropeanrunstheUFC pic.twitter.com/DCjd7GH7gz

Till should go for the top 5 I think, he just beat cowboy convincingly #ufcgdansk

Big props to Cowboy for giving a up and comer a chance. Most guys in the top 10 are afraid to take chances like that against guys like us

Not our night, congrats to Fili and team. Cracking card top to bottom here in gdansk. Great win for Till, serious performance 👍 #ufcgdansk

This man ended the night STRONG!
"The boy went fishing for bass and got ahold of a shark. #BeCarefulWhatYouWishFor"
– @PlatinumPerry pic.twitter.com/8wEcY7sOVA