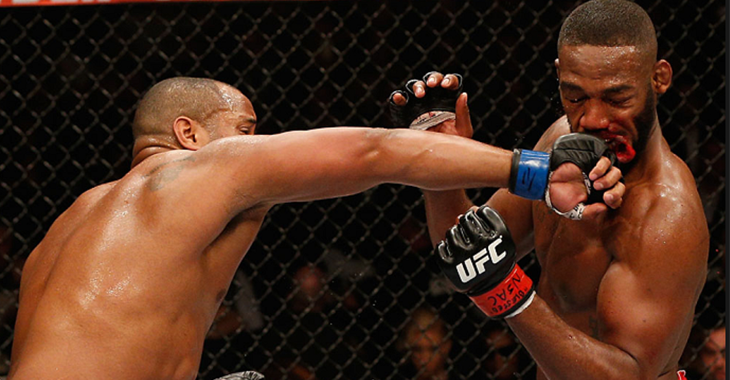 UFC light heavyweight champion Daniel Cormier is feeling terrible after having to pull out of his title fight rematch with former champion Jon Jones.

With Jones now set to fight Ovince Saint Preux at UFC 197 on April 23rd, Cormier says that Jones is more vulnerable to losing right now than at any other point in his career.

“He’s been away from the game for a little bit. People kind of harp on the fact that it’s been a year since he’s fought, a year and a half, that’s not the thing. Jon Jones has only fought me and Glover Texeira in two years. In two years, he’s had two fights.

“Right now is the time that he’s ready to get beat if there ever was a time. So it made for a tougher decision because in April of 2014 he fought Glover and then he fought me in January and he hasn’t fought since.”

Cormier summed up all his reasons that he thinks that Jones is most susceptible to defeat at this point in his career.

“So the time away. First time not dealing with the hydration through IV. First time under such strict testing with USADA. All these factors play it to me like ‘man I’ve gotta get him in the octagon right now,'” he concluded.

“I think this is the time that he’s ready to get beat.”

Unfortunately, Cormier will not be able to feel firsthand if these factors have any effect on Jones and will only get to watch and see if he is right on April 23rd.