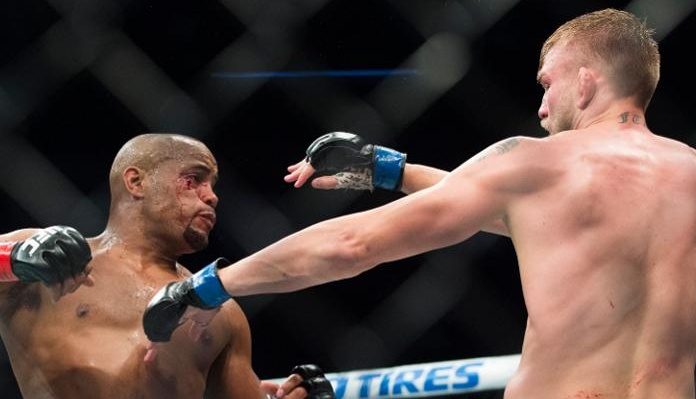 In a scarce light heavyweight division and their champion off to challenge for the heavyweight crown, the top of the heap is left in limbo.

In Gustafsson’s last crack at the title, he lost a very close back and forth war to the current champion, Daniel Cormier. Now back on a winning streak, Gustafsson is campaigning for a third title shot that will hopefully be the one that makes him a champion.

But with Cormier moving up to challenge Stipe Miocic for his UFC heavyweight championship next week at UFC 226 on July 7th, it’s created a gap of time where the top of light heavyweight will be a bit quiet.

Of course, this creates the potential for an interim title fight that would assuredly feature ‘The Mauler’. The idea of this isn’t something that the undisputed champion, Cormier agreed with as he said during today’s UFC 226 Media Conference Call.

“It would bother me because Alexander Gustafsson does not deserve to fight for an interim title. I fought for a belt just at the beginning of the year and went up to chase something so much bigger. So, no he doesn’t deserve an interim title he fought last May against Glover Texiera and he beat Jan Blachowicz…well, that’s two years ago, he fought twice in two years.

Cormier and Gustafsson have had brief back and forth exchanges over social media and even in person on UFC Tonight since Cormier’s scheduling to fight Miocic.

The most possible option for a key light heavyweight fight looked to be Gustafsson vs Cormier’s longtime training partner, the former Strikeforce and UFC middleweight champ, Luke Rockhold.

Soon after the swirling rumors, Rockhold underwent surgery on his shin thus putting the fight out of the realm of possibility and leaving Gustafsson waiting.