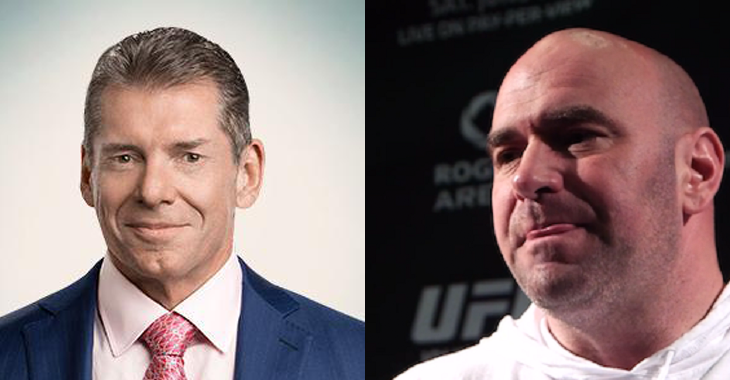 What do you think the PPV numbers would be like if UFC President Dana White stepped in the ring against WWE CEO Vince McMahon?

Apparently McMahon saw the match pulling a big draw, but apparently Dana White was not interested in the idea.

In a report from What Culture, a recap of Dave Meltzer’s Wrestling Observer Radio show was done on the matchup offered by McMahon.

According to the report, McMahon was in contact with White in negotiations of having former UFC heavyweight champion Brock Lesnar fight The Undertaker at WrestleMania 27 when Lesnar was still contracted with the UFC. That match ultimately fell through and that is when McMahon entertained the idea of the match with White.

White turned down the idea of a worked pro wrestling match and McMahon again offered a shoot fight, which White also turned down.

What do you think of a pro wrestling match between Vince McMahon and Dana White? Did White make the right decision to turn down McMahon’s offer and potentially miss bringing some pro wrestling fans over to MMA? Share your thought with us in the comments!