Dana White explains fighter pay, who makes the majority of the revenue and why

Just about every person out there can make an argument for why they should be getting paid more for their job. However, when you look at it from a UFC fighter’s perspective, they are in a pretty unique situation.

As Nate Diaz pointed out, MMA fighters are the entertainment not just for the everyday working class, but for the celebrities and fellow professional athletes that are making millions of dollars.

With the UFC being sold for $4 billion this year, it seems like an easy subject to bring up and ask for a raise in the next contract negotiation if you’re a fighter. On the other hand, as MMA insider @TalkMMA pointed out, “UFC grossed $600M in 2016. 600 fighters on the roster think they need $1M. What’s that leave to run the company?”

UFC President Dana White spoke with CNBC on Monday and addressed the always interesting topic of fighter pay. White explained that fighters are getting paid based on the amount of revenue they are bringing in, which makes sense for this sort of entertainment business. 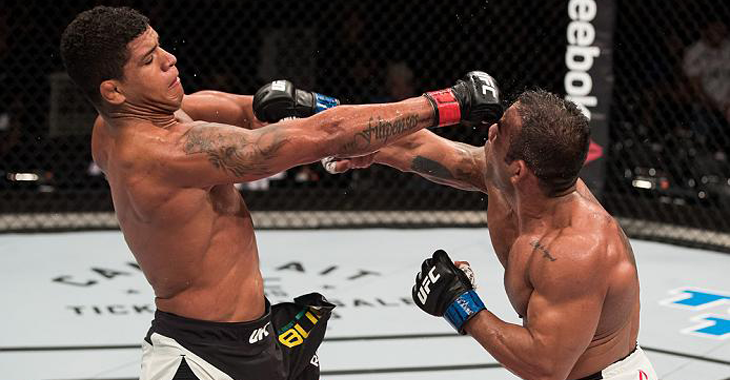 White also reiterated the fact that fighter pay has been continually going up, ever since he started working with the UFC when the Fertitta-owned Zuffa company bought the UFC in 2001.

“If you look at where the UFC came from and where we are today, the one number that’s gone like this (pointing up) is fighter purses,” White said.

The record for highest disclosed pay for a UFC fighter has been set three times just in 2016.

Irish superstar Conor McGregor set the initial 2016 record, getting $1 million for his UFC 196 bout versus Nate Diaz in March. Brock Lesnar came back for a controversial fight against Mark Hunt to break that record later in July, getting a disclosed amount of $2.5 million. McGregor once again broke the record in August, receiving a disclosed $3 million for the rematch against Nate Diaz, who also made $2 million in disclosed pay.

For the top-drawing fighters and champions that have been able to leverage their contracts to receive a percentage of pay-per-view revenue, the pay goes way up but also is dependent on how many pay-per-view buys there are for their event.

While the numbers show that fighter pay is steadily on the rise, many fighters are still unhappy with their pay. Some have held off on fight contract issues to pursue other careers while some have stated that they can’t even afford a fight camp to train for a fight in the UFC after working their way to get signed with the biggest MMA promotion in the world.