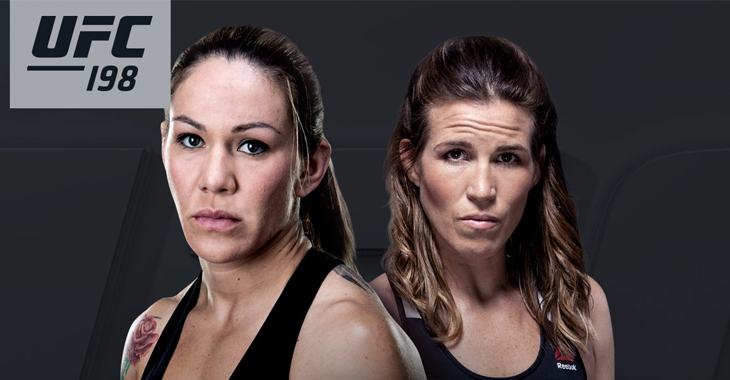 Yesterday it was announced that longtime Invicta FC champion Cris Cyborg would be making her long awaited UFC debut at UFC 198 in her hometown of Curitiba Brazil. Cyborg will face Leslie Smith on the already stacked card, which features a heavyweight championship scrap between Fabricio Werdum and Stipe Miocic in the main event.

While many were thrilled that Cyborg will be making her UFC debut, some were very critical of the fact that she would be debuting against 8-6 Leslie Smith. Interestingly enough however, UFC President Dana White says that Smith was the only fighter who was willing to fight Cyborg.

@xSAVExHARLEYx she is the only one that wanted to fight Cyborg. Leslie begged for it. #respect @LeslieSmith_GF

This is surprising given that many, including UFC women’s bantamweight champion Miesha Tate, and former champion Holly Holm, both stated that they would want to fight Cyborg.

How do you see the fight between Cyborg and Smith playing out at UFC 198? Sound off below PENN Nation!