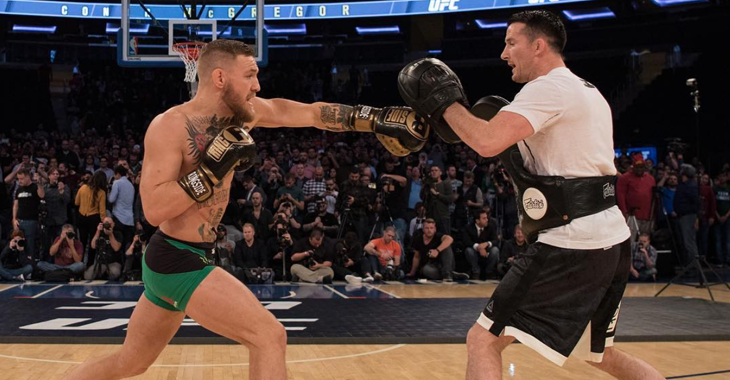 The fight with Floyd Mayweather may have not gone as well as Conor McGregor and his team wanted, but it could have gone way worse. Both fighters have celebrated by sharing comments about walking away with an impressive amount of cash. Still, money isn’t everything, McGregor definitely wanted to win that fight and take over all combat sports as we know it. He even protested the stoppage, saying that he would have rather been knocked out. Coach Owen Roddy didn’t like it either, but he respected referee Robert Byrd’s decision to stop the fight.

“The ref is in there to look after the fighters. I honestly think that because it was McGregor’s first boxing match and Conor got knocked out. There was some damage to Conor and he thought, ‘look, I’m not going to take the risk. He looks wobbly and I’m going to call it.’ I definitely think he could have gave him a count or something, I don’t know, but the ref is only trying to protect the fight so I’ll leave him to it.”

“I honestly believe Conor looked tired before the ref stopped it but I think there was less than a minute left in the round. Conor has gotten tired in the 10th rounds [in training] and he would get his minute rest and he’s good to go. Did Floyd [Mayweather] let Conor land 111 punches to prove a point? I don’t think so. For the first four and five rounds, I beleive Conor was out-boxing him. People will have their own opinions, but that’s my belief.” – Owen Roddy on today’s The MMA Hour.

People have critiqued Conor McGregor’s cardio before, even Michael Bisping said he had the solution, but it’s hard to determine if he was tired or on the verge of a concussion unless you were a ringside expert. Either way, Owen Roddy is right that it’s the ref’s job to protect the fighter Maybe it’s better that the fight was stopped when it was so that Conor McGregor can be better off to fight another day, hopefully back in the UFC.

Owen Roddy says if McGregor returns to the UFC, he’d like to see Diaz III for excitement but also winner of Ferguson/Lee. #TheMMAHour