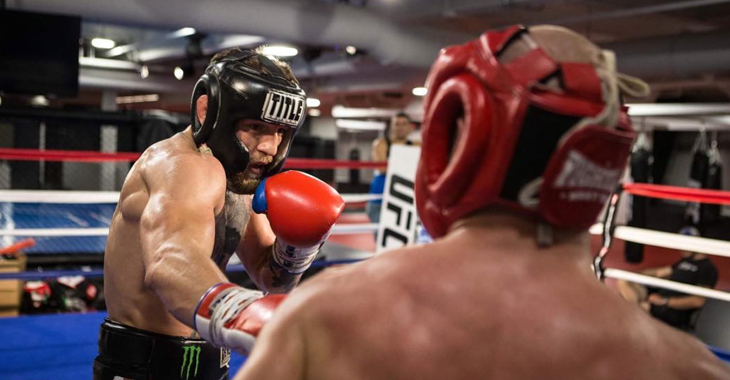 Former two-weight boxing world champion Paulie Malignaggi has been a common name seen in the media headlines recently. The reasons being Malignaggi’s boxing career tethered to his controversial experience in Conor McGregor’s training camp for his mega-million dollar fight against Floyd Mayweather.

Malignaggi is no longer helping with McGregor’s training camp as he removed himself after they had a fallout when less than flattering photos of Malignaggi were released from their sparring session. However, Malignaggi’s insight of what he experienced during the training camp is something the media and fans can’t get enough of.

Malignaggi recently spoke on “The Herd with Colin Cowherd” and revealed some interesting details on McGregor’s habits that are considered dirty in the sport of boxing.

“One thing Conor has to understand – and you see that in that clip that they sent out – it wasn’t so much that he’s landing shots because most of the shots are missing,” said Malignaggi (transcribed by Jed Meshew for MMA Fighting). If anything, they’ve shot themselves in the foot because all the dirty stuff he does that the referee will actually warn him for. In that particular sparring session, there’s no judges, but he lost two points from that particular sparring session for fouls, for rabbit punching and hitting behind the head and pushing behind the head.”

This is the reason McGregor’s camp has brought in referee Joe Cortez in to ref the sparring sessions. Although getting pointers and learning what isn’t allowed in boxing, Malignaggi says McGregor may be too used to some of his inside fighting techniques used in MMA. “What he really has to learn is to try to keep it within the rules because he’s a little bit confused as to what he’s doing in there. He’s a little bit confused, especially on the inside as you can see on that tape. He’s trying to grab and push the head down. Inside fighting in boxing is very different from inside fighting in mixed martial arts. You can’t grab. You actually have to know what you’re doing on the inside. . .