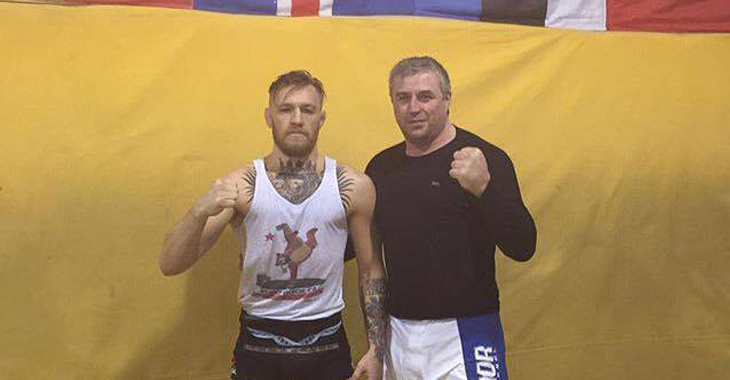 Horrific news broke after an incident that occurred earlier this month left a man dead in south Dublin, Ireland.

Taekwondo black belt Jonathan Dargan who is a former trainer of UFC featherweight champion Conor McGregor could now be in a world of trouble after an alleged drunken altercation led to the death of a 57-year-old Dublin man.

BJPENN.COM recently released a story about the incident. At some time in the early hours on March 5th, Dargan allegedly punched 57-year-old Paddy Mullally who went down and hit his head on the ground and died the next day.

Gardai arrested and questioned Dargan at the Terenure Garda Station but has since released the 45-year-old without a charge, but a file will be sent to the Director of Public Prosecutions.

After finding more information from the Terenure Garda Station’s latest press release regarding the incident, the release indicates that they are still seeking witnesses regarding the case:

Update – Fatal Assault Harolds Cross 5th March 2016
A man in his 40s arrested by Gardaí investigating a fatal assault incident in Harolds Cross Dublin on the 5th March has been released without charge. A file will be prepared for the Director of Public Prosecutions.

Gardaí are continuing to appeal for witnesses. They are particularly appealing to anyone who was in the area between Harold’s Cross Bridge and Terenure between 3.30am and 4am to contact the incident room in Terenure Garda Station on 01 6666473/74, the Garda Confidential Line 1800-666-111 or any Garda Station.

McGregor posted a photo with fellow training partners and Dargan prior to his bout scheduled with Rafael dos Anjos, who pulled out of their lightweight title fight due to injury. McGregor ended up fighting Nate Diaz at UFC 196.

The Showstopper. The Notorious. The Dragon. The Hammer. #Work