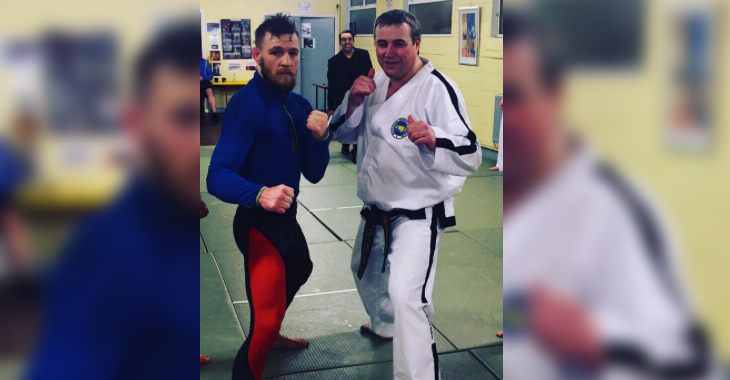 UFC featherweight champion Conor McGregor may have to find another taekwondo instructor after an incident has left a man dead in south Dublin, Ireland.

Taekwondo black belt Jonathan Dargan was arrested and questioned last week by gardai after a man died due to a head injury.

Dargan was arguing with his girlfriend in the early hours on March 5th when 57-year-old Paddy Mullally saw them and intervened, according to the Independent.ie.

Dargan allegedly punched Mullally who went down and hit his head on the ground and died the next day.

Sources of the Independent say Dargan had been drinking the night of the incident and woke the next day with little recollection of what happened that night.

“I’m so sorry. It was an accident. I’m devastated and heartbroken for that man and his family. All I can say is I’m crushed,” said Dargan.

“If I could take back everything that happened that night I would, but all I can do is beg his family for their forgiveness. It was a genuine mistake.”

Dargan does not have any prior record with the law and has a clean track record with his job as a senior doorman at the popular Lillie’s Bordello nightclub in Dublin city Centre.

Gardai has since released Dargan without a charge, but a file will be sent to the Director of Public Prosecutions.