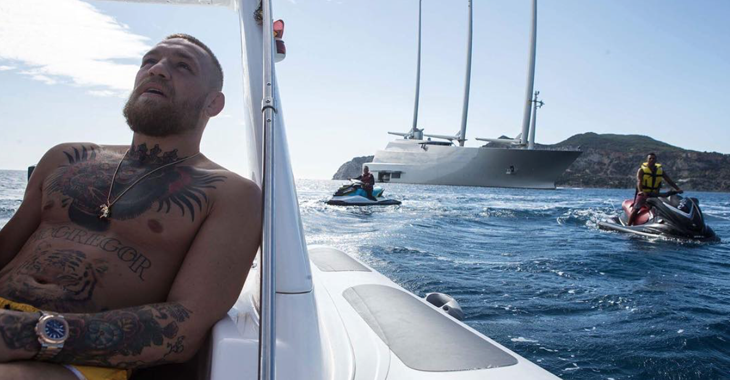 Conor McGregor is without a doubt now the highest paid UFC fighter and with his demands of what he wants in his next fight, that will only further be solidified.

The former owner of the UFC, Lorenzo Fertitta stated back in 2015 that “The Notorious” would be the UFC’s first fighter to earn $100 million. McGregor likely earned close to that amount just with his last fight in the boxing ring against Floyd Mayweather and is looking to add a few more figures to his income as a career goal.

“You know, I just dream of hitting that ‘billy’ mark, if I’m being honest,” McGregor told BBC’s Boxing Club (transcribed by mirror.co.uk). “I’m cruising towards the billion-dollar mark, and that’s … right now, what’s next for me is in June to July of next year, will be the next Forbes 100 list, the highest-paid athlete’s list.

“If I fight one or two more times I will overtake him, so that’s what I am looking to get, right, that’s what my goal is right now. Number one highest-paid athlete Forbes 2018 and then make my way towards the billion-dollar mark and then continue to go.” McGregor was also asked about a future in politics and “The Notorious” superstar opened up on some interesting points, including the flow of cash he has pouring in with his endorsements and business endeavors.

“I look at politicians and they’re almost hated by everyone and I don’t want to be in that position.

“I must use my power and my position to do good, I’m not going to seek a title, what would be the purpose of me going into politics, would it be revenue?