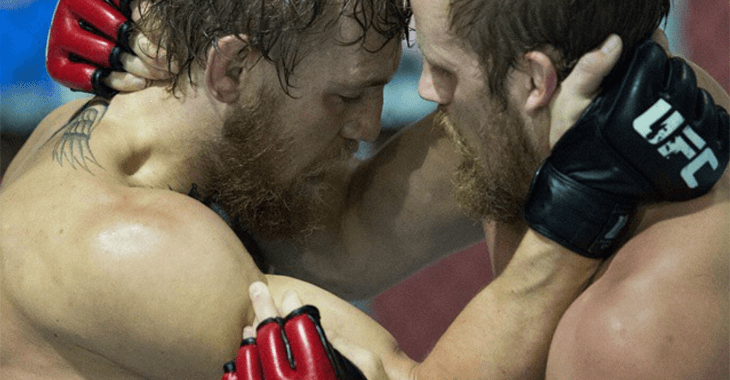 Looks like featherweight champion Conor McGregor is back in his hometown of Dublin Ireland with his teammates. Welterweight Gunner Nelson gives us an idea of the stature of McGregor when he makes his eventual leap to welterweight.

Could McGregor handle the size of the welterweight elites?