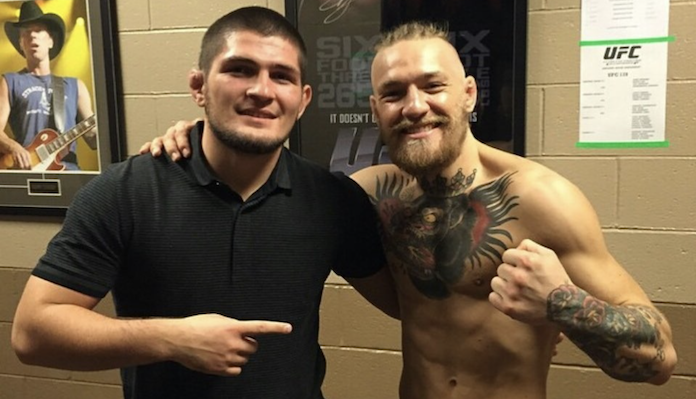 Nurmagomedov officially announced on Thursday night that he is retiring from mixed martial arts, nearly six months after he first made the proclamation following his submission win over Justin Gaethje at UFC 254. UFC president Dana White said that he would do his best to convince “The Eagle” to fly again, but it didn’t work. Instead, Nurmagomedov has officially stepped away from the sport at the height of his career.

Taking to his social media the day after Nurmagomedov made his retirement official, McGregor issued a statement. Check out what “Notorious” wrote to Nurmagomedov below.

Happy retirement kid, smell ya later. Never forget who came in the game and made ye. Straight from my big Irish balls. Remember folks, if you hate cutting weight so much, all you have to do is move up a division. God bless

If you can’t tell from this statement, there is still no love lost between the two longtime lightweight rivals. The pair met back at UFC 229 in October 2018. Nurmagomedov submitted McGregor in the fourth round with a neck crank that night, and then the infamous post-fight brawl ensued afterward. The UFC had tried to book a rematch between the two but for whatever reason, it just couldn’t come together. After McGregor was knocked out by Dustin Poirier at UFC 257 earlier this year, it pretty much eliminated the possibility of a rematch against Nurmagomedov, which is something the UFC wanted.

Though Nurmagomedov is stepping away from the sport, he’s only 32 years old, and he could always choose to reconsider down the road. If he ever does come back, you better believe that McGregor will be there waiting for him. But for now, Nurmagomedov is retired.

Are you upset that we never got to see the rematch between Conor McGregor and Khabib Nurmagomedov?