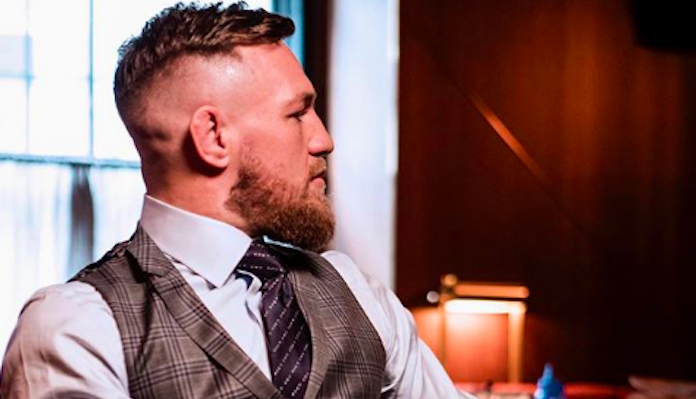 The Irish megastar has not fought since August of 2017, when he came up short in a headline-dominating boxing match with Floyd Mayweather Jr. If we’re talking about MMA bouts, it’s been even longer since the Irishman has competed, as he has not stepped into the cage since he knocked out Eddie Alvarez to capture the UFC lightweight title in November of 2016…

For those willing to read into one of McGregor’s recent Tweets, however, it sure seems as though that could soon change.

Keep your dukes up when you see me.
See you soon. pic.twitter.com/M2KX5HZ90F

“Keep your dukes up when you see me,” McGregor said in his cryptic Tweet. “See you soon.”

While it’s easy to imagine that McGregor is hinting at an upcoming return to action, it’s more than likely this has something to do with the Irish Whiskey he’s been planning on launching. The big clue, of course, is the casks in the background of the photo in his Tweet. And then, there’s this recent Instagram post, which shows the Irish star with a glass of whiskey in hand…

Whatever the case, it’d be nice if, just once, Conor McGregor could Tweet in such a way that didn’t leave us all scratching our heads. How about a little clarity?

What do you make of this Tweet from Conor McGregor? Will we see him back in the cage soon, or is he eluding to something else, such as a new business venture? Give your take in the comments section below.