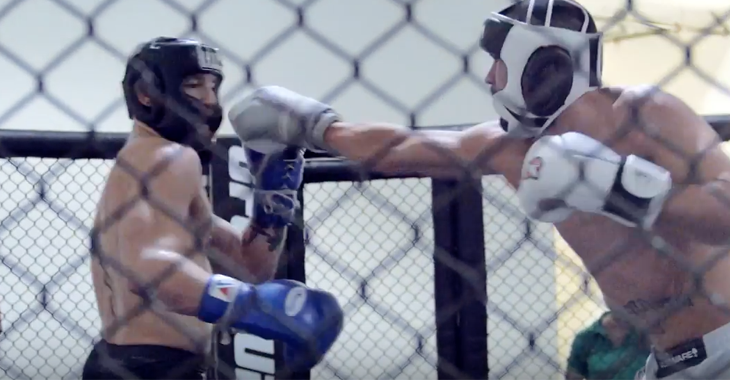 UFC featherweight champion Conor McGregor has what he calls the biggest fight of his life coming up in just 11 days.

“The Notorious” will get his chance to avenge his only loss in the UFC in a non-title welterweight rematch with Nate Diaz.

McGregor posted a photo to social media saying, “Round four hundred and twelve. Against middleweights. They’ll study this camp. #UFC202”

Round four hundred and twelve. Against middleweights. They'll study this camp. #UFC202

McGregor’s coach John Kavanagh has said, “There’s no comparing this training camp to any we have done previously.”

Will Conor McGregor find victory on August 20 and perhaps set up another massive fight as part of a trilogy? Or will Nate Diaz spoil McGregor’s party once again? Sound off in the comments!