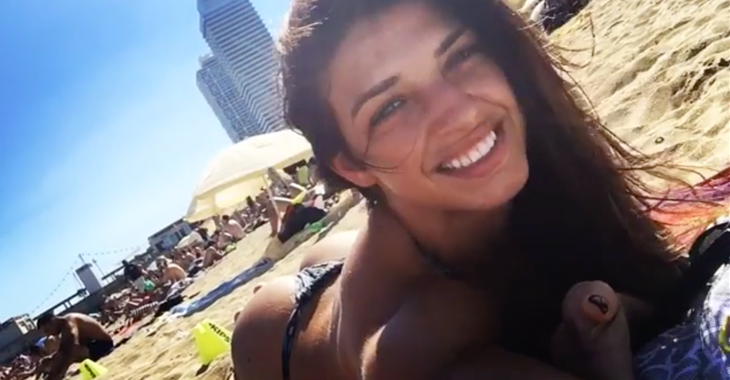 23-year-old Mackenzie Dern made her MMA debut at LFC 58 in July. The jiu-jitsu wizard put on a dominating performance for all three rounds of her fight with Kenia Rosas and ended up winning a unanimous decision.

Dern is honing her MMA skills with former UFC lightweight champion and current Bellator star Benson Henderson at The MMA Lab in Arizona. Henderson spoke on The MMA Hour on Monday and talked about Dern’s potential.

“Go look her up, she is a multiple-time jiu-jitsu world champion. She’s won ADCC. She’s won Abu Dhabi. She’s won Worlds. She’s the current No. 1 ranked female jiu-jitsu practitioner on the planet. She has an amazing work ethic. She’s an amazing athlete. She definitely needs to work on her MMA skills, but her ground game is phenomenal. Any woman on the planet goes to the ground with Mackenzie and Mackenzie is going to tap her, or dominate her like she did her first opponent.”

While Henderson admits that the buzz surrounding Dern is “almost a gift and a curse” because living up to hype is such a tough thing to handle, he believes Dern has everything needed to be highly successful in mixed martial arts.