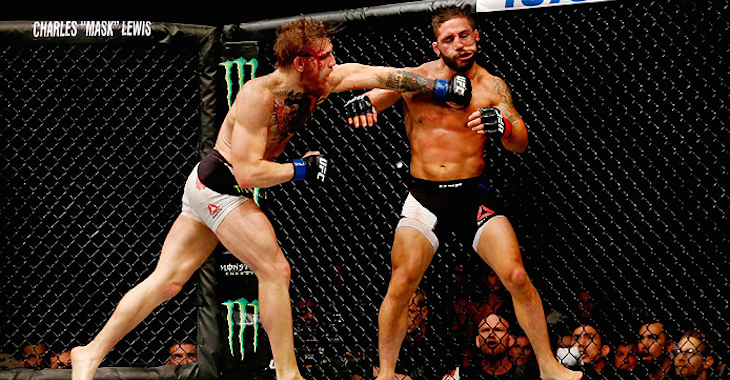 The fight, which not only gives McGregor the opportunity to become the first man to simultaneously hold two UFC championships at the same time, but also to become just the third man in UFC history to be a 2-division UFC champ, is undoubtably one of the most anticipated fights in UFC history.

With that being said, there has bene some controversy surrounding the fight. Initially, UFC President Dana White stated that if McGregor planned to contest for the lightweight strap, he must vacate the featherweight championship. Ultimately however, after McGregor signed to fight Alvarez, White stated that he would only need to vacate a title if he emerges from UFC 205 victorious. This prompted interim UFC featherweight champion Jose Aldo, who believed he had secured a rematch with McGregor after his UFC 200 win over Frankie Edgar, to request his release from the UFC, expressing dissatisfaction with the promotion.

“Anyone who thinks it’s an easy fight, or not a big fight for Conor is…they just don’t know the sport. I think at 55, and everyone knows I’m the biggest Conor nut rider in the world, at 55 I just don’t see a ton of success there. Eddie Alvarez, if you look at the top 5, we’ve talked about this before, if you look at the top 5, it’s his easiest matchup and that’s a f**king nightmare for him!”

“How’s Conor win this fight? You go through it, he has to knock him out. He has five rounds to knock him out. You’re not winning a decision against Eddie. I’m saying Eddie wins by decision. The endurance, the takedowns, the grappling, the striking as the rounds go on the knockout power goes down. They forget how good of a wrestler he is, and his endurance. It’s a scary fight!”

Who do YOU think emerges from the historic event victorious PENN Nation? Give us your predictions below!